King of Volleyball is an “adult” virtual novel about a couple’s relationship and winning the volleyball championship.

There isn’t much else to do than smashing through text boxes, as per most virtual novels. There is a handful of choices to make, which may change how characters react and how the game ends.

Before the story begins, a message from the game’s writer crops up. Annie Cho wants us to know that lesbians have feelings, and can be strong and romantic. She thinks that lesbians are neglected in the face of heterosexual couples. I disagree, considering the number of lesbian virtual novels for sale, but I digress.

Let’s talk about the game.

The setting is Coconut Bay, US Virgin islands. The main character’s name is Kiera, and she’s an alcoholic. She is approached by a coach named Natalia, and she wants her to provide consultation for the Miami Beach University Women’s Beach Volleyball Team (or MBUWBVT.)

Anyways, the two members of the team, Eunice and Suzy are having some trouble. They have a big game, but they aren’t themselves. Natalia hires Kiera to try ‘n get their “mojo” back, so that their respective school can win the International Volleyball Tournament. Eunice is a die-hard workaholic, and she’s dead-set on being the best. Suzy is a happy-go-lucky, blissful girl. The former had a (very) authoritarian upbringing, while the latter enjoyed a very lax lifestyle.

As it turns out, they aren’t just teammates. They’re lovers. Kiera is able to catch-on, as she too is a lesbian. As a matter of fact, Kiera is known as the legendary (beaver) hunter, because, well. . . I don’t think I need to explain in detail. But as far as she was concerned, every beaver on the beach was fair game.

If you ask me, Kiera sounds like a sexual predator.

There are multiple possible endings, so how the story adjourns may differ from playthrough-to-playthrough. But the premise stays the same. Kiera is tasked with making Eunice and Suzy to start playing good again, and how their relationship ends is up to you, the (beaver) hunter.

The title screen was basic, and unimpressive. You can start or load a game, or view your gallery. You can only access settings from in-game. Why they aren’t accessible from the title screen perplexes me, but I found them eventually. In-game, you have all of the tools you’d expect a virtual novel to have, including a “log” in case you miss something.

The backgrounds differed in style between scenes, shifting from a stereotypical, cartoony style to a painterly one. As the portraits are drawn in an anime style, everything clashes. I would have liked to have seen more consistency between the art assets.

There are four full art scenes, each playthrough earning one or two. They are actually very high quality, but I didn’t see anything too saucy. There’s definitely nudity and some skin-on-skin contact, but sexual content is strictly text-based. It short-lived, so don’t buy this game expecting a saucy night.

This virtual novel didn’t impress me. I grew bored more than once, and the characters didn’t feel believable. I did laugh out loud a few times, so props to the comedy. If you’re on the market for a strictly okay, sports-related virtual novel, this could be your game. 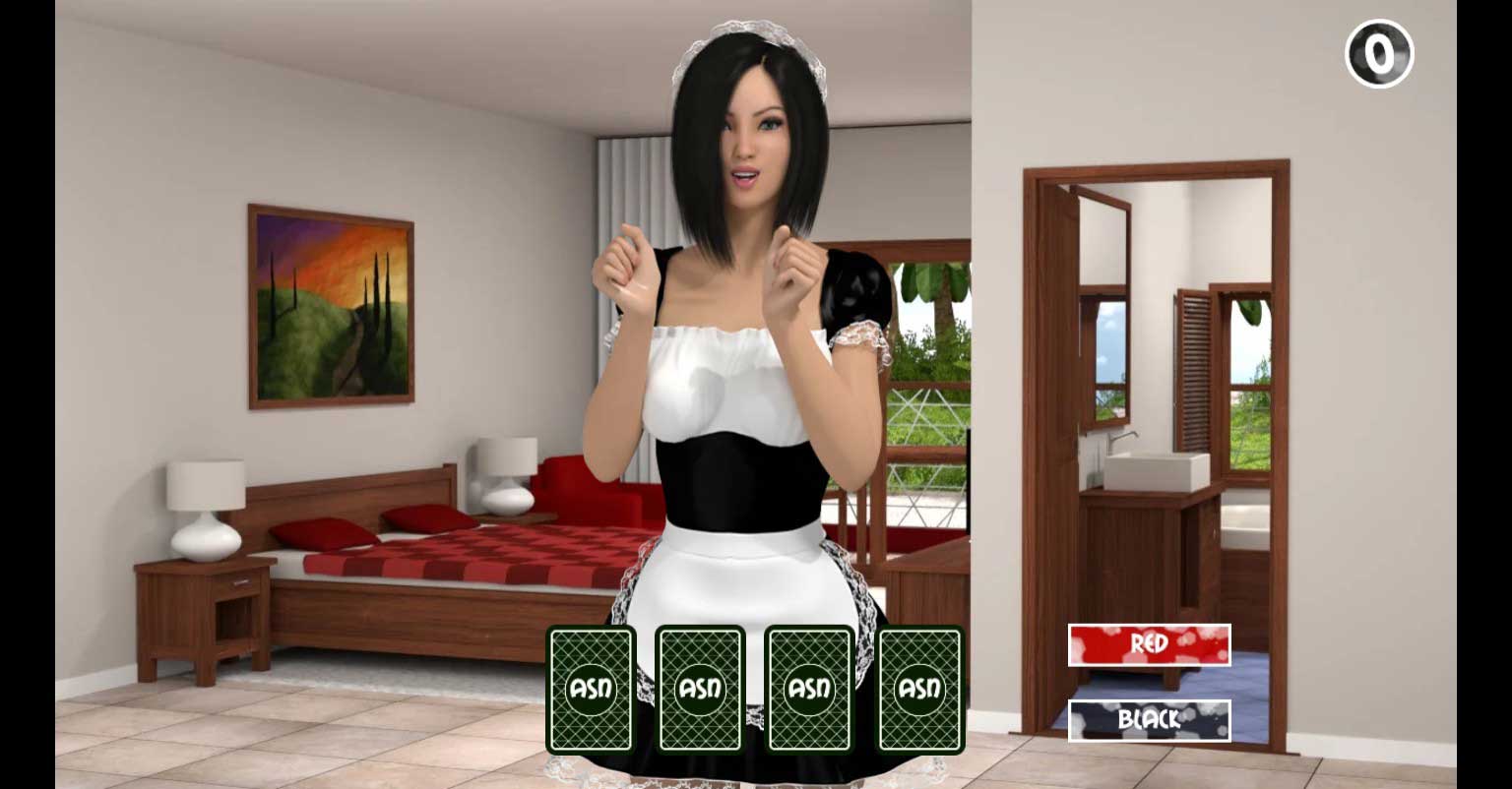 Summer Job is a lewd dating simulator about Leon and his womanly exploits at his job at a summer resort. 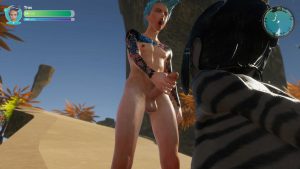 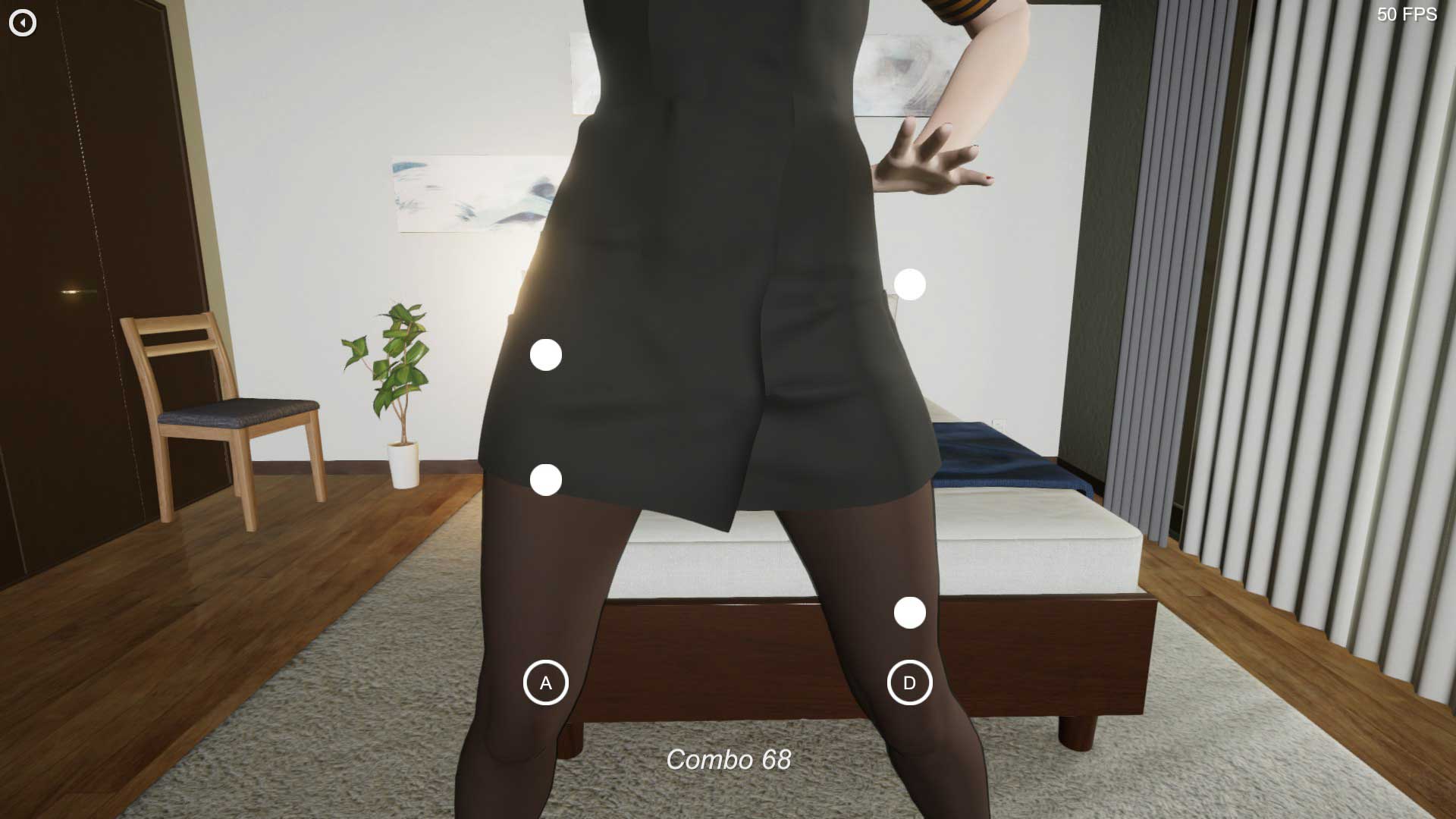 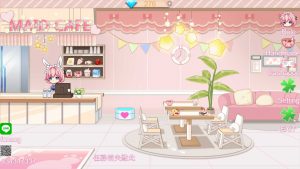 Budo War Girl: maid of desire is an RNG-heavy, timer-based game where you prepare food and lay your store’s staff.