My Cute Roommate is a lewd visual novel.

This is a highly-interactive, somewhat non-linear visual novel. There are many player decisions to make, from dialogue to interactions with the environment. You must manage time and personal needs, to get the most out of each day. The protagonist needs to shower, sleep, and maintain a healthy libido. Though he can service himself, it’s ideal that he gains sexual satisfaction from other people (for reasons explained in the story).

There are three essential attributes to build — strength, intellect, and potency. Strength and Intellect determine what actions and jobs the player character is capable of. Strength also plays a part in combat, dictating the player’s combat effectiveness. Intellect is required to attend school, the protagonist’s life ambition (after banging). Potency is describes the player’s sexual prowess.

What’s that? You can’t be bothered to increase your stats legitimately?

Lucky for you, the developer(s) included handy-dandy life hacks, accessible from the not-so-subtle Cheats menu. Each of your stats and basic needs can be adjusted (for the better or worse) at anytime. Not only that, but you can also generate as money as your perverted heart desires.

Gee, I wish I could do that in real life.

Shortly after naming Wombabe’s friend, that’s when I learned that Wombabe is actually a dude — I should have known. Good thing I chose a gender-neutral name! Of course, after paying Wombitch a visit, he learns that she’s actually super hot. Apparently, Wombabe has a grossly distorted memory, or Wombitch underwent some drastic biological changes. Now she a busty blonde with an over sized rump.

If you ask me, she looks like a bimbo. Moving on.

After meeting Wombitch, you are given the (proverbial) keys to your freedom. Through dialogue, you are able to learn of new places to go, with new jobs and possible relationships. You might choose to find a job, or shop for gifts. Perhaps you’ll get beat up by Wombitch’s boyfriend (who’s a total asshole by the way), or you’ll get caught staring at strangers’ cleavage. But inevitably, the protagonist will suffer from a throbbing headache. Wombitch forces Wombabe to hit the doctor’s office, where he learns a grim tidbit — his dick will need to be amputated.

Wombabe has a condition. His wiener is special, much larger than the average go-getter’s. Unfortunately for Wombabe, that means that it needs quite a bit of blood to function, so much so it will cause him to black out and die (if left untreated). By having vaginal intercourse with nine women, his penis will no longer threaten his life. This is because every women has a unique vaginal bacteria, which can mitigate the negative effects of Wombabe’s huge penis.

Let’s get real, it’s not that big. I think the good doc’ was sucking up to him.

Sucking aside, Wombabe needs to get some pussy, or face the consequences. Who the protagonist bangs, how so and when rests in your hands.

I thought the titlemenu to look a bit unprofessional, with blurry and inconsistently colored text, and not-so-subtle contact information. However, every option one should expect from a visual novel is present. Audio, display, language and text settings can be adjusted from “Preferences”. The “Gallery” and “Scenes” allow you to revisit lewd content;

The opening sequence uses a set of stock photos (showing real people). Why the developers chose to use real photos instead of rendering them via the in-game, 3D assets is anyone’s guess. Real photos are also used in place of 3D renders (for the most part) when watching in-game movies. The photos, in my opinion were jarring against the 3D rendered characters and environments.

I observed a great deal of artifacts, “fireflies”, and grain in the renders. These are undesired distortions which are often the result of overly hasty rendering, and can be mitigated with post processing (via photo editing software such as Photoshop). Understandably, it may have been costly (and time consuming) to perfect every in-game render, but in my opinion, unclean renders are both jarring and unprofessional.

Personally, I’d put the time in to minimize visual distortions.

There are quite a bit of naked, lewd ladies to behold. Most of the CGs are static, but plentiful. There are also a number of animated CGs, used during sexual minigames. Minigames are played by spamming one or more keys, but can be played at the player’s own pace.

I do recommend this title — I was pleasantly surprised by the content it has to offer, and the number of player choices. It’s no Being a DIK, but by golly, does it earn a spot in anyone’s library of lewd 3D visual novels. 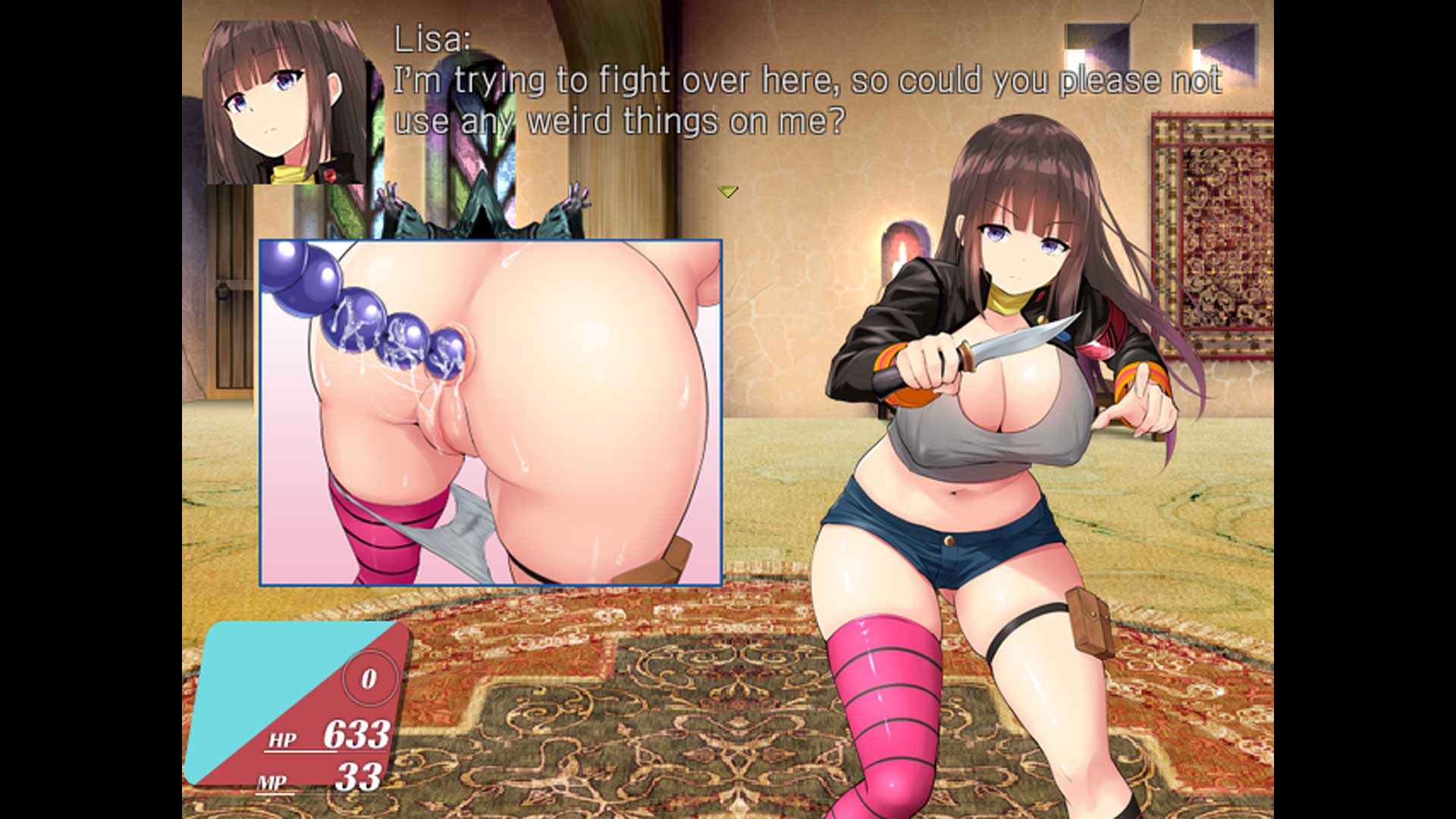 Lisa and the Grimoire is a lewd RPG about Lisa’s quest to undo a demon’s curse, acquire her treasures, and retire... 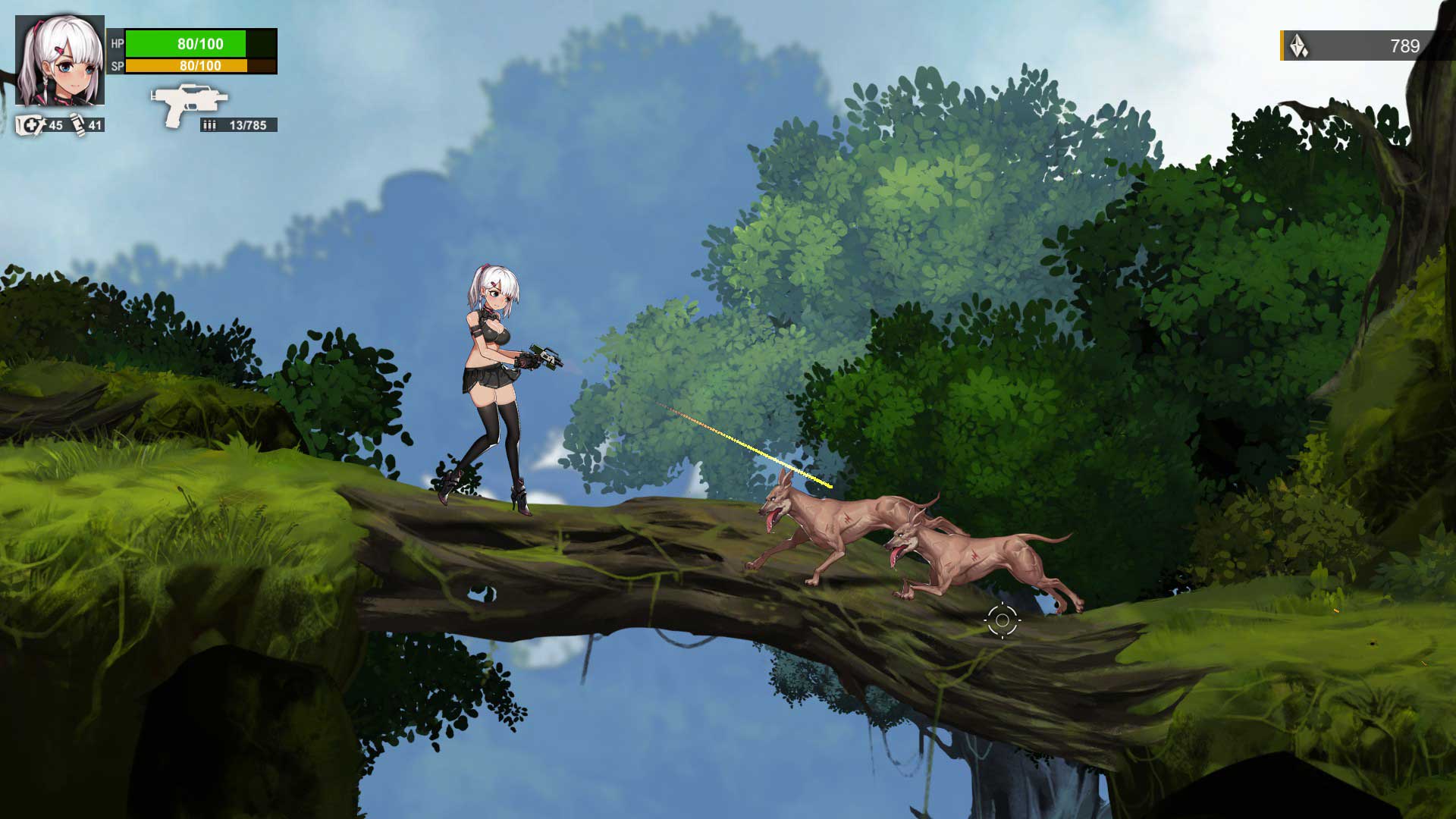 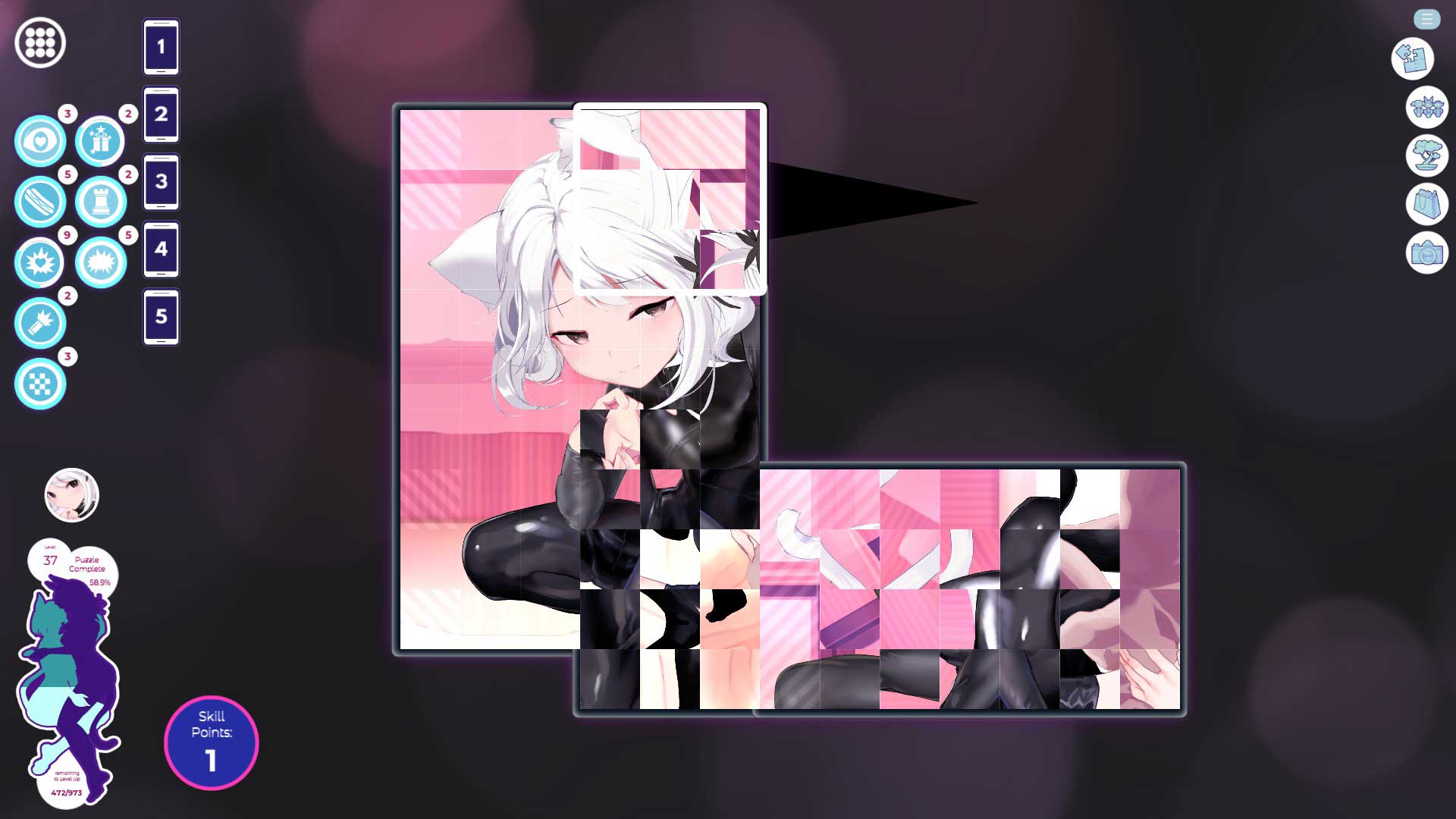 Mosaique Neko Waifus 4 is a lewd puzzle game about going on assorted dates with “neko waifus”! 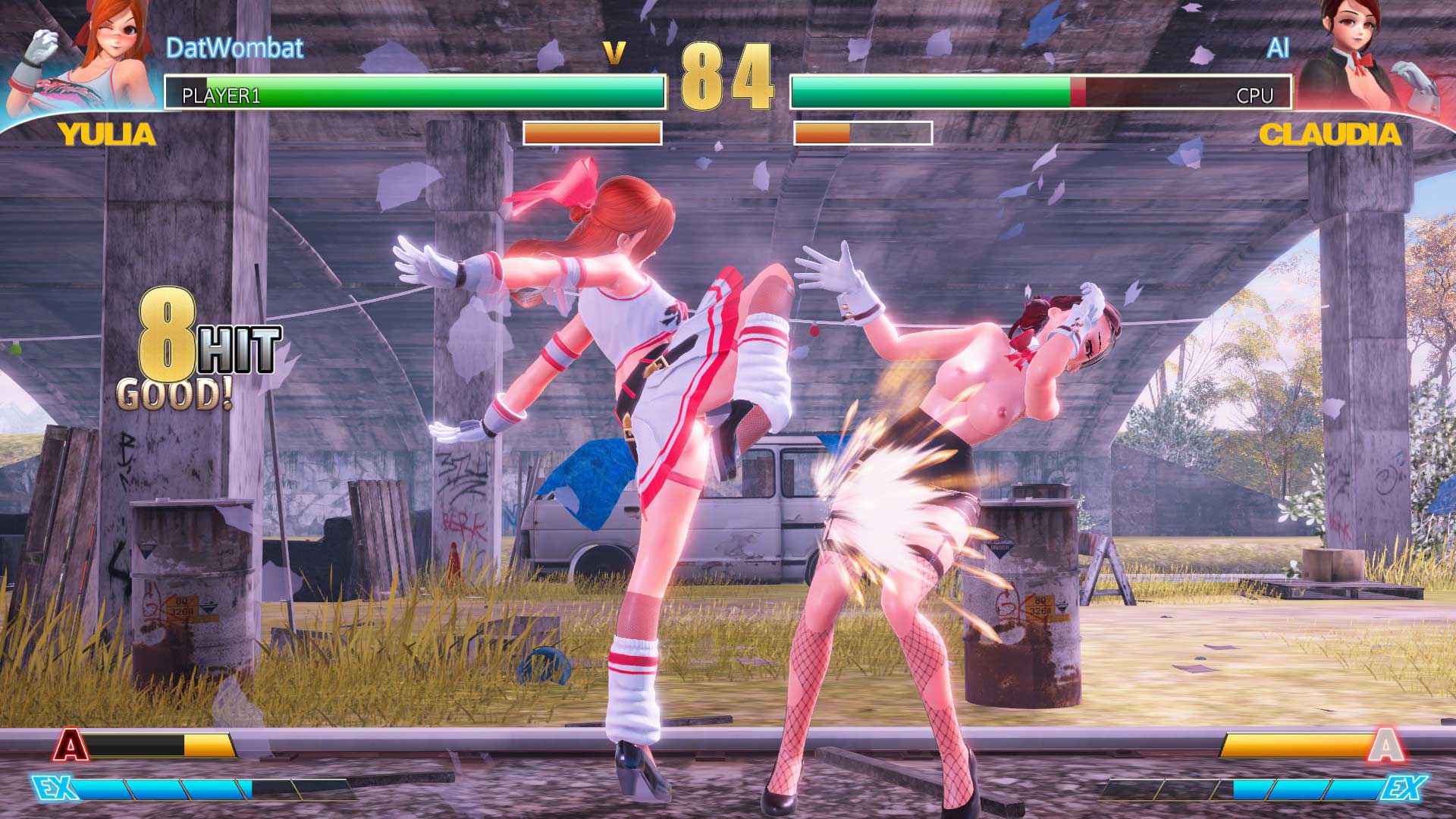 Fight Angel Special Edition is a lewd 2D fighting game about a series of “invitations” to a tournament with an unknown... 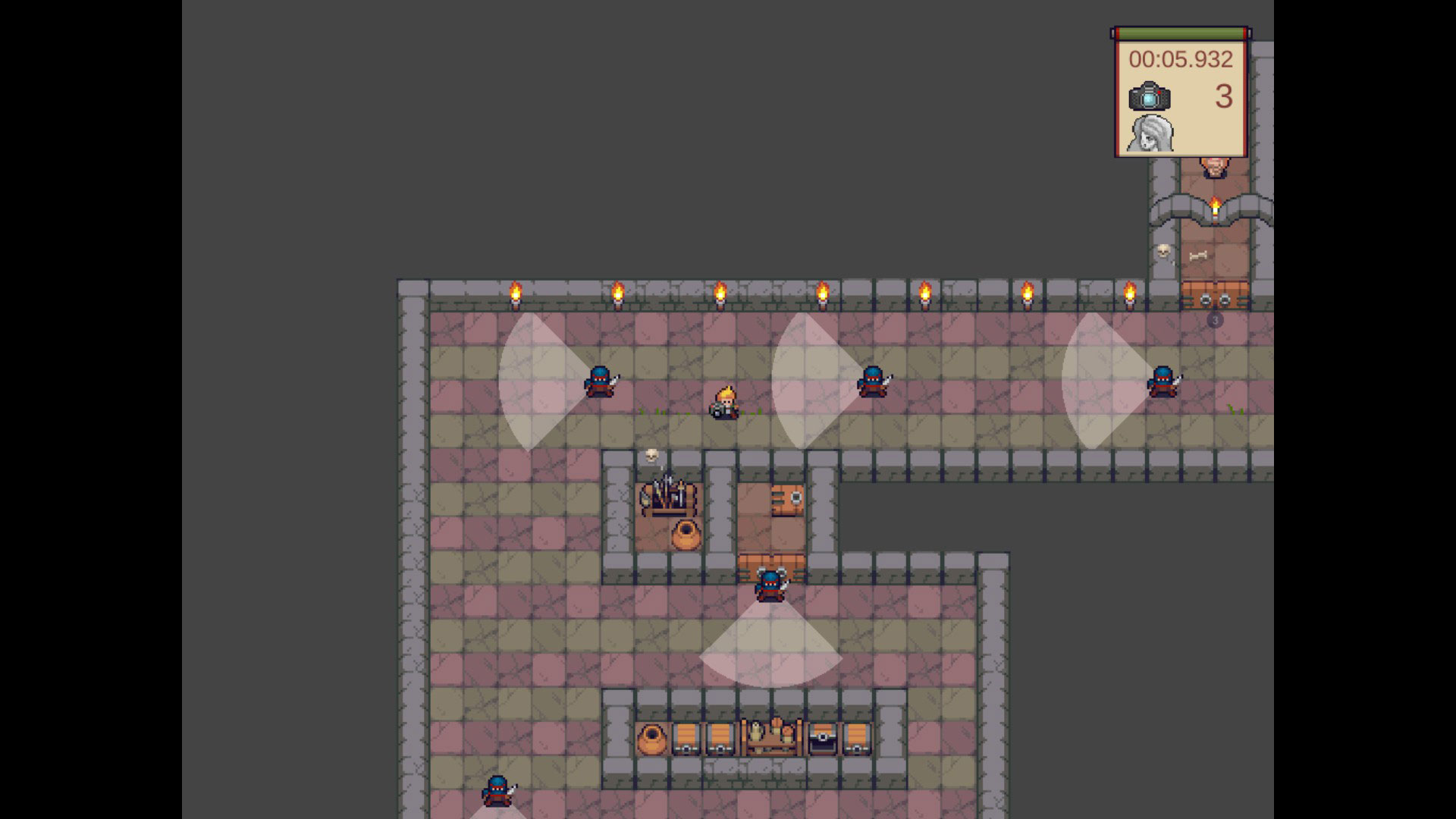 Time Voyeur is a lewd stealth game about a ninja that must infiltrate a "fanatic group" to acquire proof of kidnapped...