Bride for the Princess is a lewd visual novel about a soon-to-be queen in need of a lover, to secure her place on the throne.

I was given a free copy of this game from the developer. They provided a synopsis on the story, but otherwise expressed no concern for my reply. It took me a week or two, maybe three to get to this game; I’m surprised by how little buzz it has generated, given how long ago it was released. Before the game begins, there is a disclaimer that warns me that this is an “Early Access” game, lacking in much of the intended content.

A standard visual novel that is played day-by-day. You have twenty days to find a romantic partner, and there are a handful of romantic interests to pursue. The goal is to make love to at least one of them after advancing your relationship sufficiently. There are quite a bit of player choices to make, with basic time management.

You are prompted to give the protagonist a name. The default name is “Mary”, and for the purposes of this article she will be referred to as such.

The Trechearean Kingdom has lost its king. Heraclius the Second left a single heir to the throne, his daughter Mary. Since the passing of Heraclius, the Kingdom has been controlled by a senate of nobility. They have no intention of relinquishing power to princess Mary. Annabelle, Marry’s caretaker informs her about about the senate’s machinations — they have silently passed a law requiring the Queen to be married before her coronation. Mary’s coronation is to occur in twenty days, leaving her little time to find someone’s hand in marriage. This law goes against her interests, for she is lesbian.

And the Senate was well aware of this fact.

This is when the game enters the players’ reign. The way that the story continues will differ between readers. I will recount the events of my game.

Day One
After receiving the dire news, Mary heads out to the Woods. She is confronted by a feral Wolf Girl, who wants to put Mary in her belly. She spots a nearby, caged fairy. Mary asks about the Fairy, and the Wolf Girl tells her that she is her meal. Mary decides to do something about it.

Mary kicks the Wolf right in the va-jay-jay, sending her running away with her hands on her sore kitty.

Mary frees the fairy, who reveals herself as Hyacinth. She gifts Mary with a magic flower, which holds the power to make any one magic being fall in love with her. Hyacinth points out that the wolf girl is not is a magic being.

Which sucks, because I was already set on trying to marry her.

They part ways, and Mary returns to her castle. She meets Astrid, who claims that her family was killed by the ruling Duchy. Their loyalty is for Mary, and they refused to bow to the his family insignia. She begs Mary for help, and she grants her refuge. Astrid looks like wolf in sheep’s clothing, but I want to see what’s under the garb. When Astrid asks for a swimsuit, I smashed that Yes button without a second thought.

Day Two
Mary wakes up with Annabelle by her side. I opted to have Annabelle help Mary dress, which didn’t yield the sexy CG that I had hoped for. Mary goes back into the Woods, where she encounters an upset Wolf Girl. She expresses discontent with the inability to lick her own kitty.

Sheesh, how hard did Mary kick her in the kitty?

Mary offers to lick the Wolf’s kitty. She declines her offer, on the grounds that they just met. Mary promptly heads home to join Astrid in the castle hotspring. Astrid says that castle maids think that she was adopted by Mary, like a stray child. While she and the situation do sound dangerously loli, I was assured that every character is in-fact, eighteen. Mary offers to adopt her.

I must know what lies under Astrid’s swimsuit!

Day Three
After arranging for Astrid’s adoption with Annabelle, Mary heads back into the Woods. She meets the Wolf Girl once again, and they exchange names — the Wolf Girl’s name is Etsuko. Mary invites her on a date to her bedchambers to make love. However advances fail, and she returns home to Astrid. She wants to know how to address Mary. She implies that she wishes to call her mommy, so I went ahead and typed in “Mommy” (instead of the default “Princess”) when prompted.

Oh boy. I’m not helping my case for bringing Astrid to Mary’s bedchambers, am I?

Day Four
After her dressing ritual with Annabelle, Mary heads back into the Woods to invite Etsuko to watch auroras. They light a bonfire together, reminiscent of Wolfkin tradition. Mary sings her heart out, and Etsuko twirls beside the fire until the day’s conclusion.

Day Five
Etsuko is suspicious — she wants to know why Mary is nice to her. Mary says that she likes furry things, and that answer is fully satisfying to the Wolf Girl. They go to the beach and swim together, furthering their relationship

Day Six
Annabelle informs Mary that it’s Laudas. On Laudas, it is tradition for royalty to hear-out their subjects and help them solve their problems. She meets Aleyn and Jeff, two farmers in dispute about their property lines. Mary in rules in favor of Aleyn. Next, Duchess Berengiere asks for a county for her daughter to rule over. Mary yields one of her personal counties. Finally, Bishop Raymond asks for men to assist in a war effort — his request is granted.

This day appears to serve no purpose during my playthrough.

Day Seven
Mary invites Etsuko to a slumber party, which she gleefully accepts. Mary heads back to her castle to tie off a few errands. She meets with Astrid, who shows her true colors. She reveals herself to be a demon, having fed on Mary’s emotions the whole time.

I knew she was trouble the whole time!

Mary tells Astrid that there’s a naked lady behind her — the oldest trick in the book — and she quickly plants the magic flower she received from the fairy onto Astrid. It is absorbed into her body, and she immediately changes tone. She refers to Mary as Mommy once again, and apologizes for her sudden. . . change of behavior. Given the flower’s magic properties, Mary decides to make Astrid into her lover. But there’s a hitch — Astrid requires a living vessel to feed off of, which will render them in a coma-like state. Mary offers to feed Etsuko to Astrid.

It’s not like I’ll be needing Etsuko anymore, I have Astrid now!

Day Eight
Mary joins Astrid in a secret place, which resembles more of a purgatory than anywhere anyone would want to be in. She asks if she would like to make love in her bedchambers. Astrid agrees, without a hint of objection.

Astrid offers to take on a human persona for Mary to marry. It would never be tolerated for the queen to be wed to a demon. Mary accepts, cementing their future queendom.

Day Eight
Mary tells Annabelle the news — she’s to marry a woman named “Sarey”. Annabelle begins to seek a clergy to wed the two newfound partners. Later that day, Mary and Astrid share another round of love in her bedchambers.

Day Nine
Annabelle informs Mary that she has found a clergy, and they can arrange the wedding anytime she pleases. She opts to have the wedding right away, to secure the kingdom in a timely manner. Later that day, the ceremony was arranged and Mary was wedded to her unlikely wife. They live happily ever after, and no-one ever catches wind that one of their queens was parasitic, malevolent demon. Not only does Astrid play the part of Mary’s human wife, but she also maintains her disguise of her soon-to-be adopted child off-and-on to subdue suspicion.

Also, Etsuki lived happily ever after with her tribe, even though Astrid clearly established that her victims would be rendered practically lifeless. Perhaps, Astrid isn’t such a bad demon after all!

The titlescreen is promising; I deeply enjoyed the artwork. From “Settings”, you may adjust audio, display, language and graphical preferences. Interestingly, dialogue is conveyed through a series of text blurbs, not unlike a comic book. The bottom rung of the screen is reserved for dialogue control and save/load functionality. There is no way to hide the settings bar (or the top-right “Bug Report” button). This is real shame, as the comic book-like story telling could have otherwise been an immersive experience.

There are a total nineteen static CGs to unlock, but not all of them are sexual in nature. The CGs are drawn in a dramatically different style than the character portraits. I loved the art style, and it is regrettably reserved for the CGs. I would liked to have seen more consistency in the artwork.

If I had to guess, there are likely five or six lewd CGs to unlock. The lewd artwork is awesome, but unvaried. There appear to be little to no variants for each CG, which means no money shots or progression. While the CGs are very high quality, the lack of them and brief sex scenes render this game a poor title for a lewd experience.

Yes, I definitely recommend this game. There are definitely improvements to be made all around, including more CGs and refinement of the UI; however, given the price and gameplay, this is absolutely a worthwhile buy, even at full price. 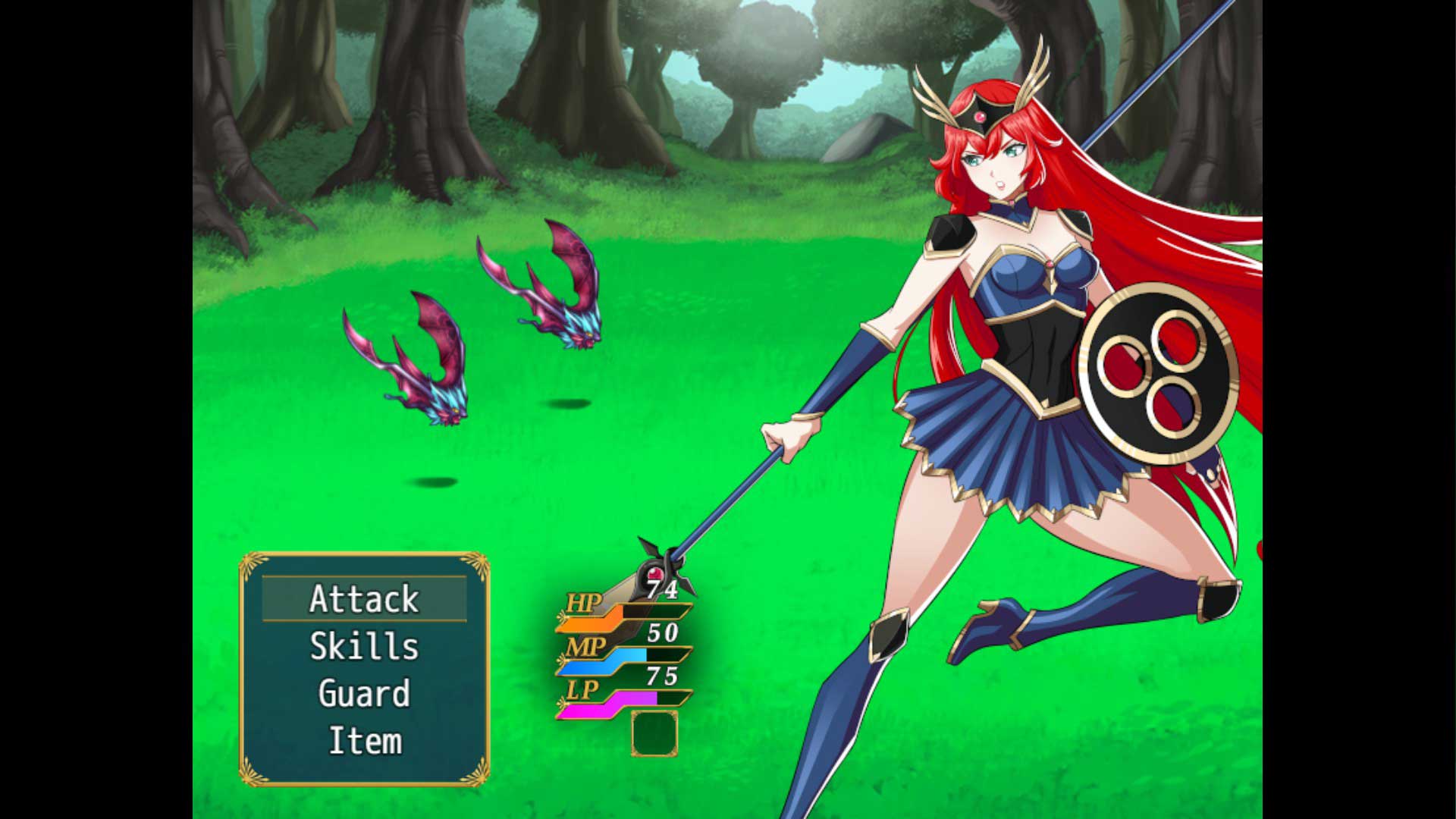 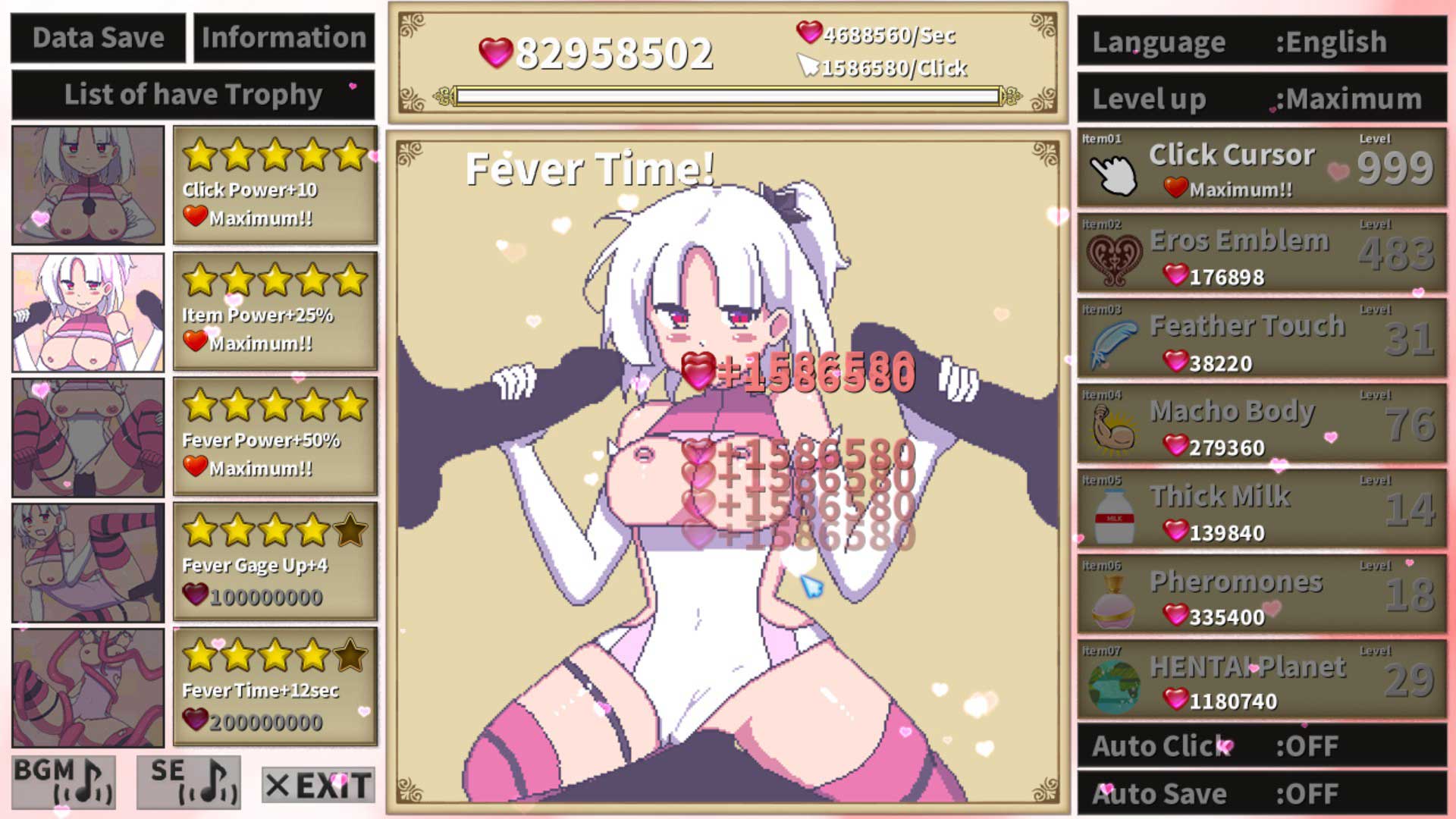 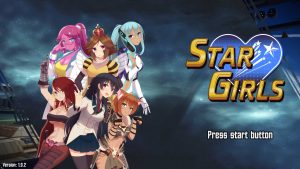 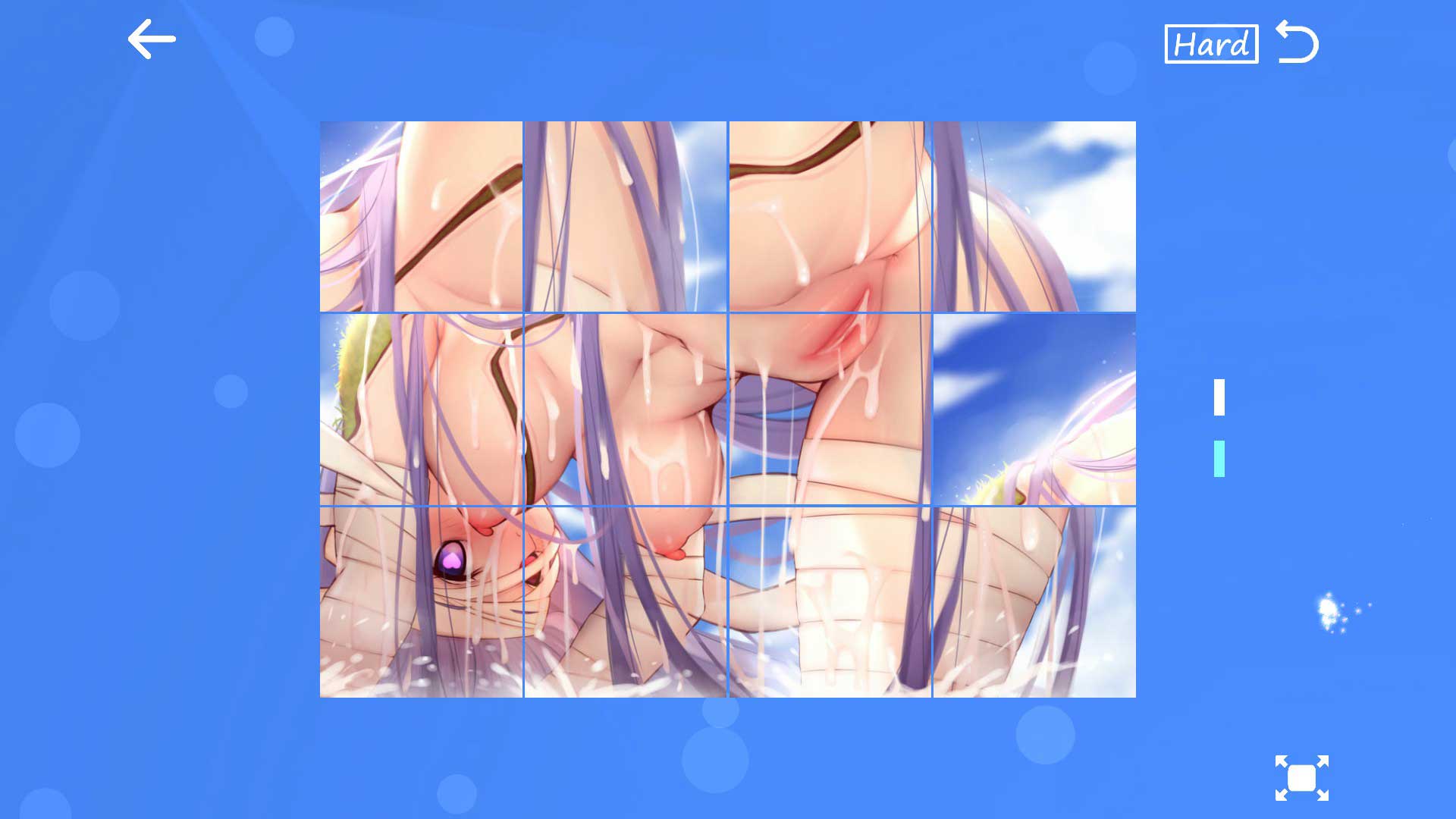