Efflorescence of Lust is a lewd jigsaw/clicker game with some dope animated (lewd) content.

I originally published a review for Efflorescence of Lust on Feburary 4th, 2020. I have updated that review, to reflect my thoughts on this game as of June, 2020. Since I first played this game, the sexual content for this title has been updated and significantly improved. I still maintain a positive opinion towards this game.

This game is bit of a “two-in-one” deal; you choose play “clicker” or “puzzle” game types.

Clicker mode is where the budget went; there are six stages total, each with an unlockable, interactive lewd CG. Before a clicker stage starts, you are shown three items with assigned values. A mess of items will appear and disappear on-screen in rapid succession. The goal is to deplete a “gauge” by clicking only the items shown earlier. As that a gauge depletes, an on-screen woman will progressively lose her clothes.

You know, for motivation.

Puzzle mode includes seven basic jigsaw puzzles. Each stage becomes progressively harder, starting with fifteen pieces and ending with sixty. Strangely, the puzzles don’t feature lewd artwork, and appear to be out of place for a game called Efflorescence of Lust. Though each puzzle is timed, there are no time limits. To auto-solve any puzzle, you can hit the “Clear” button at anytime.

If only clicker mode had a “Clear” button.

For lack of a better name, I’ll refer to the saucy stuff as a collective “sex mode”. In sex mode, you must advance a “lust gauge” by spamming sexual maneuvers on a hapless lady. As you fill this gauge, you will unlock new maneuvers to perform, and be permitted to remove more clothing from your lady friends. While it’s fun to watch the sexy-stuff, it’s slow and tedious to unlock.

The interface is pretty and easy to navigate. You can play and access your hard-earned work from a single screen, instead of using a “gallery” mode. The interface does look a bit amatureish, but it’s better than average. The puzzle-ladies look good, but are not lewd or animated. The real meat of this game is the clicker-girls.

There are six animated, and interactive CGs. The animations are on-point, and a overall a drastic improvement from when this game first came out. If I recall correctly, you were limited to “poking” the ladies and not really getting in there, if you know what I mean.

I do recommend this title. This is a cheap and somewhat engaging game with an awesome (though dinky) gallery. In any case, I think this game is worth it for the sweet, sweet animated gallery. Make sure you have the patch! 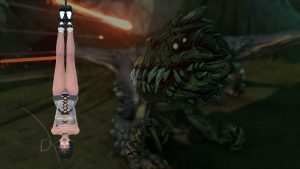 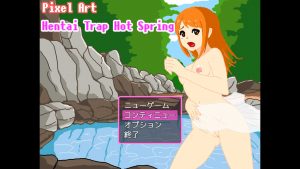 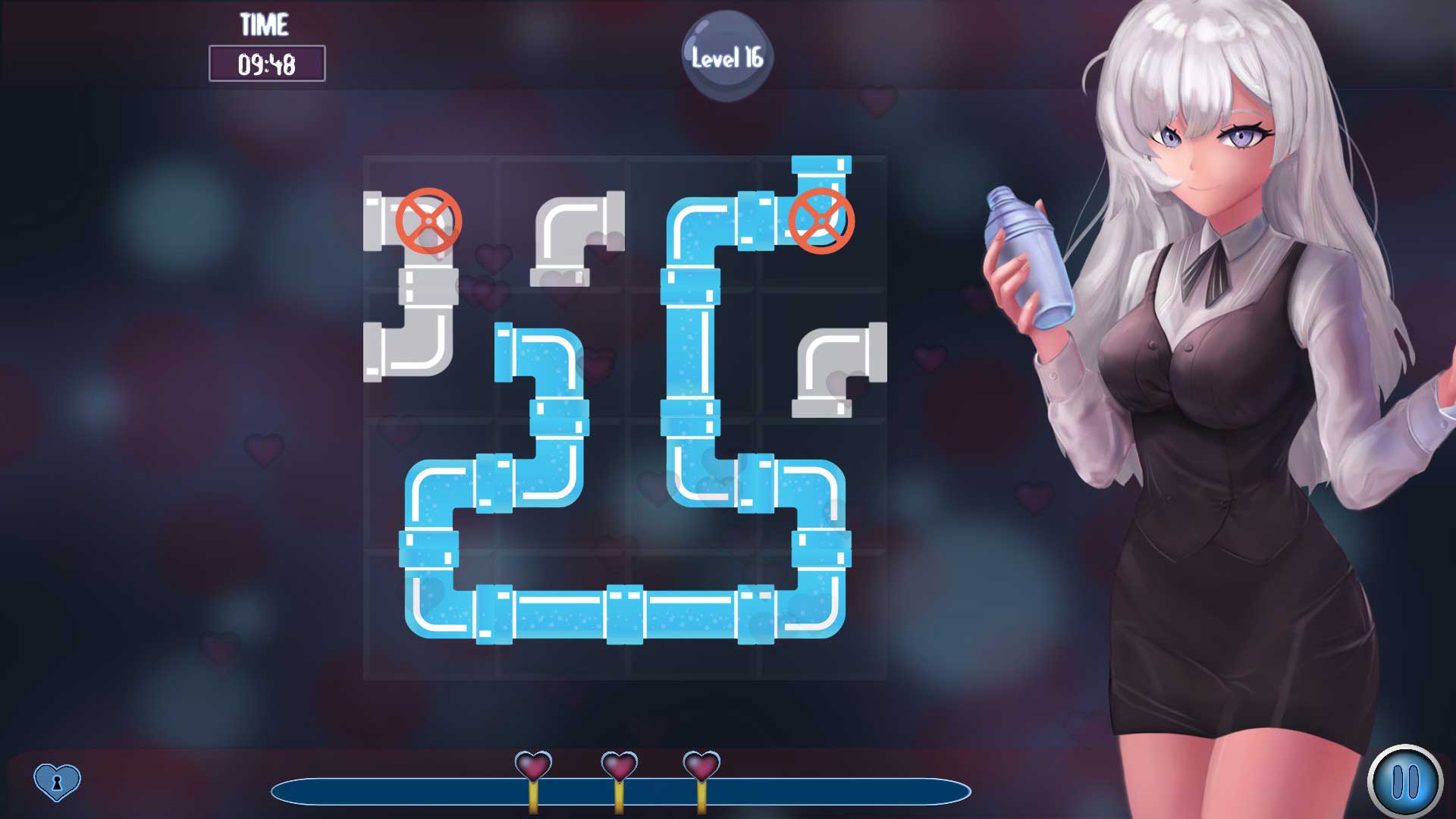 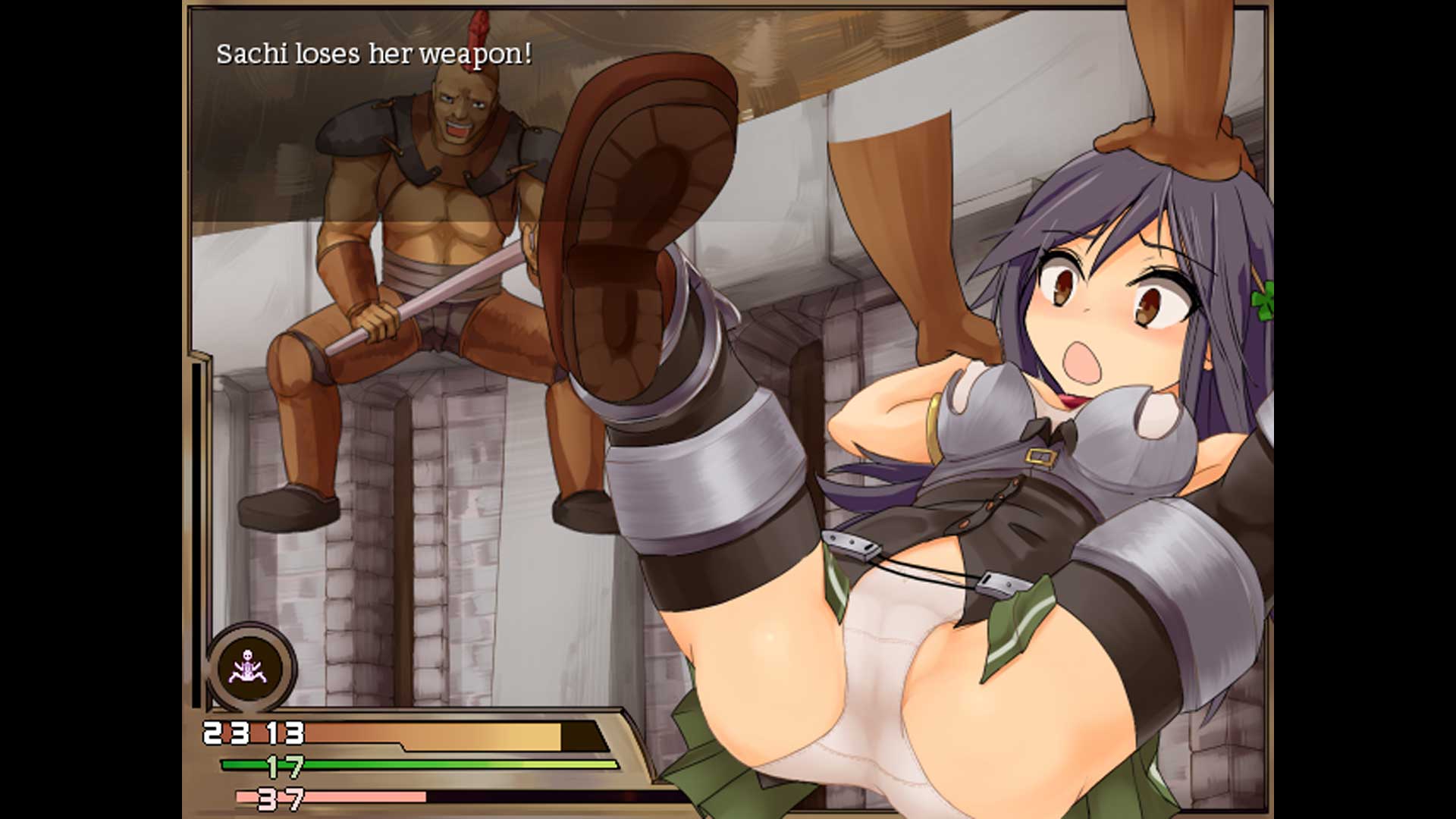 Crimson Colosseum is a lewd, turn-based RPG about a gladiator that must secure her freedom in twenty todays — or become a sex-slave until the day she dies.