Eroico is a lewd action platfoming game available on Steam. It took me about thirty minutes to complete the game. I’d venture to say the game may be able to completed in as little as twenty.

The screenshots shown in this article may appear blurry on your device. No, it’s not your connection; Eroico appears blurry when the application is borderless full-screened. I considered playing the game in its intended size and upscaling the screenshots to preserve hard edges — but I thought doing so would be dishonest.

You’re on a quest to defeat “the demon lord”. You must “journey across the land” through three “Levels” of increasing difficulty, brimming with “monster-girl foes”. Though they have no intention of killing you, your life is no less valuable. Tempting it may be to be a monster-girl’s property, a far greater reward awaits those who can prove themselves against the demon lord.

There are three “Levels” which are divided into individual rooms.

Oftentimes, platforming and attacking come hand in hand. For example, there are numerous situations where I needed to perform carefully timed jumping attacks while evading projectiles. At your disposal are ranged attacks, but their usage is constricting. I used my ranged abilities to deal with enemies that refused to move away from a platform I needed to jump on.

By defeating foes, you may trade (for lack of a better word) souls for permanent attack buffs. However, your actual damage output remains relatively unchanged. You can gain additional hit-points by collecting hidden “hearts” as well, but like the aforementioned upgrades they aren’t anything a little bit of skill can’t replace.

The “esc” button closes the application. Unfortunately, this key bind cannot be toggled from the “Options” menu.

I used the default key bindings for my playthrough. I considered remapping my mouse to use keystrokes, but I was too lazy to write a new “profile”. The keyboard controls are perfectly acceptable, but I wish mouse control was built in.

Eroico was likely designed with gamepads in mind, but the player character moves in such a way keyboards are able to produce the fine movements required for the game. He moves a bit like Super Mario — with a gentle acceleration.

Each time I took damage, I knew what I did wrong. There’s a nuance to every enemy, and when they overlap there is typically a clear way to evade damage and come out on top. I found the game to be challenging at first, but after some growing pains the difficulty is reasonable.

My only complaint is the punishment of death; checkpoints are few, and defeat means restarting from the last checkpoint. Although lack of “lives” only bothered me when I was still learning, I think inexperienced players may be frustrated by the difficulty curve. Admittedly, the reason why I didn’t write about this game sooner was because I didn’t have the patience to learn.

There is little dead space in the explorable world. If you’re allowed to move somewhere that isn’t closer to the exit, there’s a good chance a heart or an upgrade awaits you.

There are fifteen rape animations and fifteen unlockable “game over” screens.

Kyrieru says the game “Contains depictions of graphic sex, in pixel art form. Female characters in the game are capable of forcefully engaging in sex with the male, player-controlled protagonist. There are no sexual acts against female characters initiated by the player.“

When you’re knocked down or defeated, nearby monster girls will excitedly pounce on him, playing a rape animation. Alternative, you can use the “trip” mechanic to voluntarily knock yourself down, welcoming sexual advances (or tactfully avoiding damage). Rape animations deal no damage to the player character, allowing all the time in the world to enjoy your “losses”.

All “game over” screens show a static image.

The sexual content does not offer any meaningful interactivity. You may either attempt to break free, or watch until the climax plays.

The “CGS” are like viewing pictures taken from an amateur photographer; the subjects aren’t always in frame, and sometimes the action has already passed. They’re all cute “game over” screens but I don’t see anyone getting off to them.

The animations, however, are pretty hot. They way monster girls gyrate their hips is hypnotic. Had I known these sex doesn’t deal damage, I may have used “H” to “trip” during my playthrough.

There are no dialogue or cutscenes in the game. I had to read the store page to get an idea on what’s happening.

Kyrieru writes, “Journey across the land, battling and escaping the grasp of monster-girl foes in your quest to defeat the demon lord!”

It wasn’t until I beat the game did their interpretation of the story make sense.

There are two recurring characters; the player character, and the lady that marks each checkpoint. There’s an interesting plot twist between them come the end of the game. Of course, there is no emotional attachment — after all, there’s no cutscenes or dialogue preceeding the twist — but I enjoyed the surprise nonetheless.

The music is epic, action-packed — it’s a dope collection of heroic orchestra. However, there aren’t very many tracks in the game. It was a little frustrating to hear the music loop again and again, but I didn’t feel the need to mute the game.

The sound effects are spot on. Damage is confirming, and ranged attacks are clearly telegraphed with audio ques. It great to be able to hear launched projectiles because it prompts players when it’s time to dodge!

Oh, and the hero sounds adorable when he takes damage!

Eroico has a stylish user-interface, but the gallery and “pause” menu could be better. To begin, the pause menu lacks the “Options” menu that can be found on the main-menu. That means the progress must be lost to access basic quality of life, such as adjusting audio, display or controls.

Interestingly, there is no “level select” screen. Once a level is completed, players have no choice but to start a new save file to revisit previously completed stages.

I loved the sprites in this game. The explorable world is beautiful drawn, taking players through lush forests, desert ruins and an ominous castle. I wish the game was longer to accommodate more beautiful scenery!

When the application is fullscreened it appears blurry. From what I gather, the issue is unavoidable. Rendering the application in its intended size isn’t suitable for modern, high resolution screens.

I only have one major complaint about the game — it’s blurry. When borderless-fullscreened, the application is not properly upscaled. For many users, this may be a deal breaker.

However, Eroico is a wonderfully crafted action platformer. It looks great, plays great, and monster girls are hot. Even on “Normal” difficulty the game provides a big enough safety net in the form of hit points I think it’s worthwhile buy even for inexperienced players. If a blurry application isn’t a deal breaker for you, I definitely recommend this platformer. 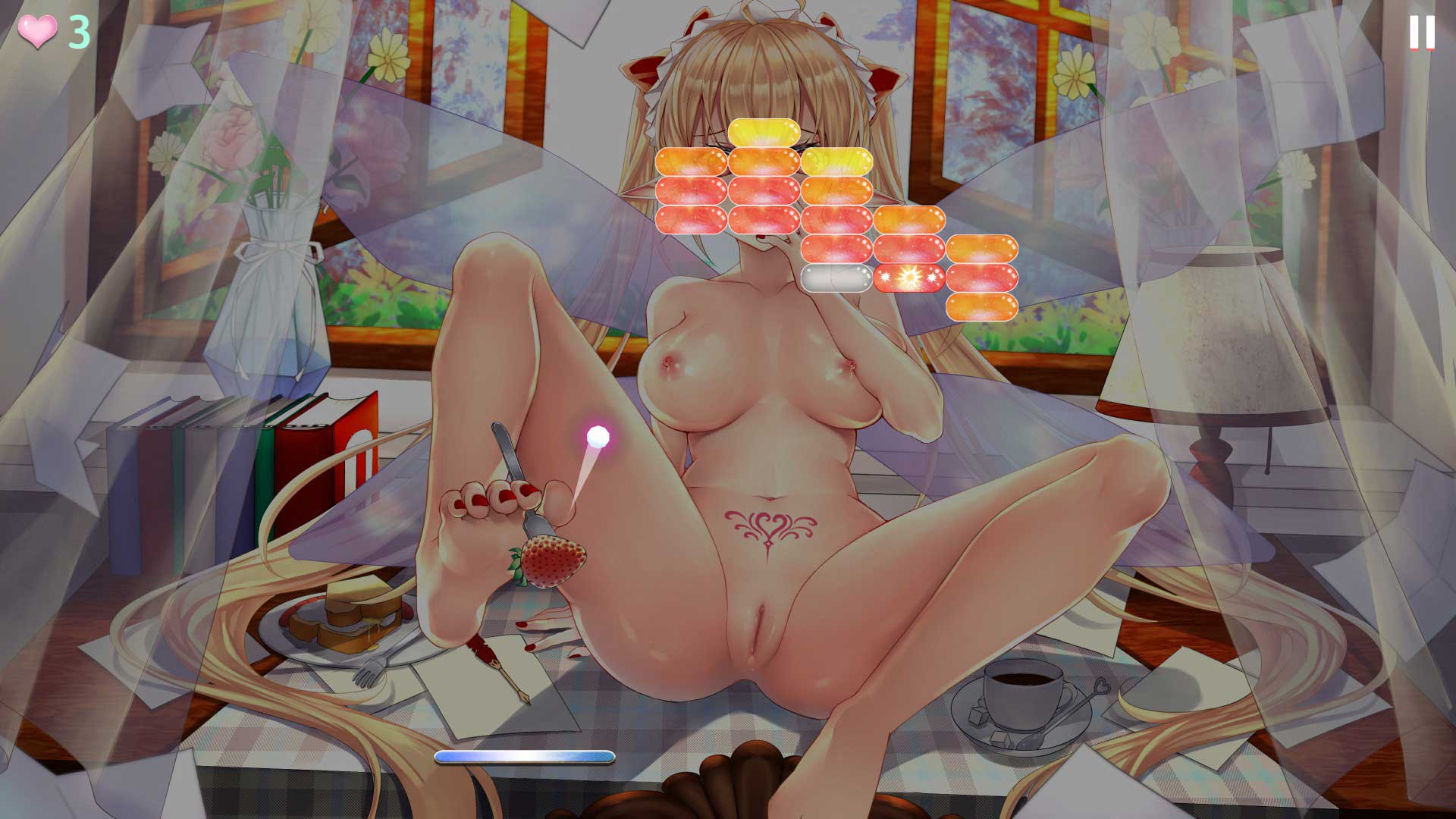 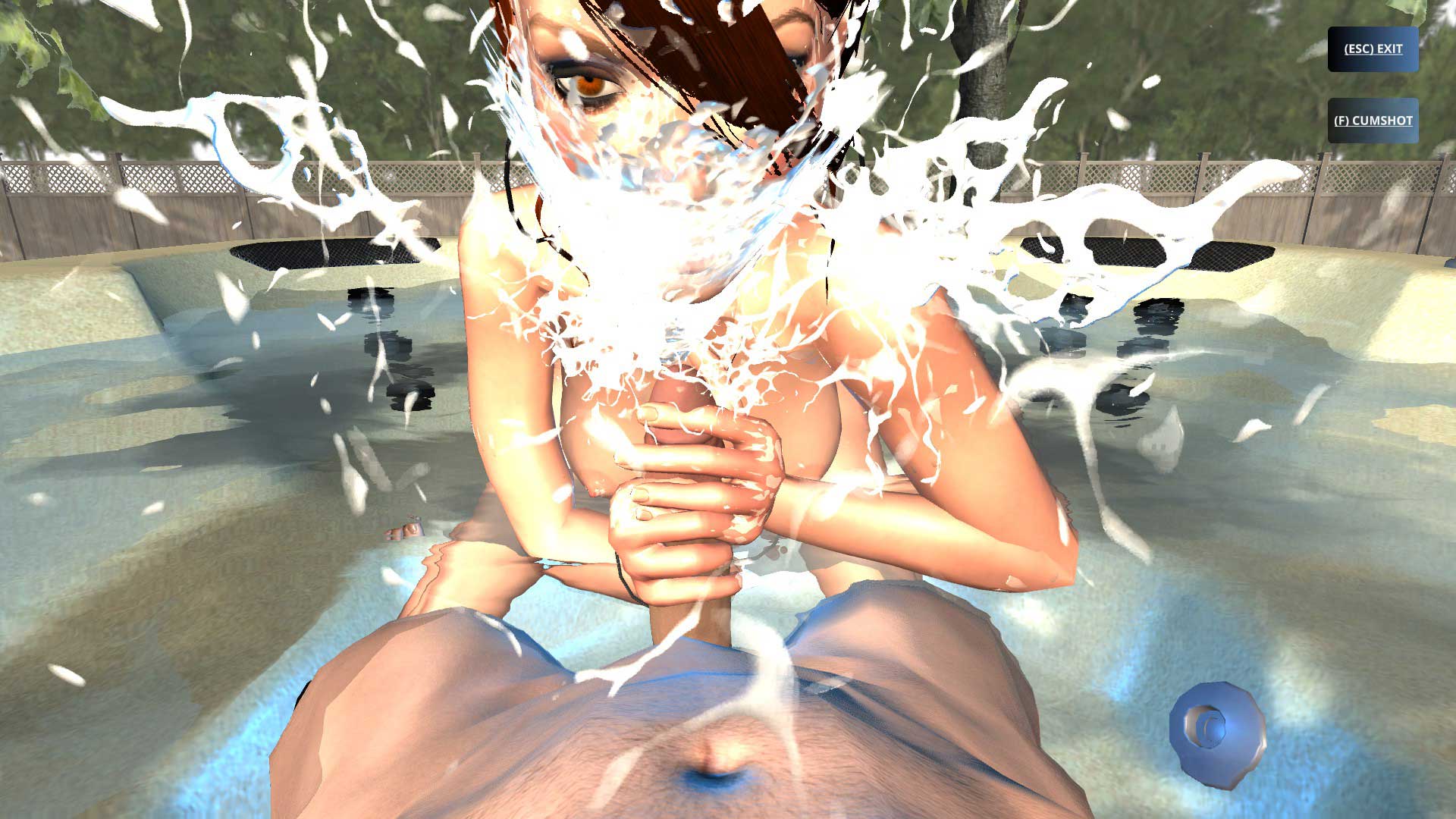 Happy Engine is a lewd swippy-swappy puzzle game where you can upload your own images. 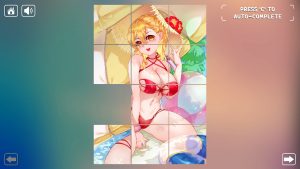