I received a free, early access copy of this game from the developer — thanks Puppetmaster3dx!

Brittany and Trinity are on vacation. They’re enjoying the good life — that is, until Trinity feels a lil’ something-something in her pants panties! Brittany is all too eager to make that something-something go away, but they’re not as alone as they thought! And. . . and that’s the story. You’re not here for the story right?

The titlescreen would be more appropriate for a splash screen — but the main-menu looks great! From “Settings”, you may adjust audio, display and a variety of graphical preferences. I saw a few visual errors throughout the game, such as clipping or lighting-related artifacts — but it’s important to note that Sensual Adventures – Episode 5 is not prerendered. With that in mind, it’s kind of amazing how little visual errors there are!

Where do I start — the whole game is a sex-scene! “Story” mode is comprised of a twenty-four minute, fully voiced film with nine sexual animations. “Movie Maker” offers seven new sex-scenes, with interchangeable actors. The latter also provides limited interactivity. The main protagonists, Brittany and Trinity are futas: they have male and female genitalia. Jasmine is a “vanilla” women, and sometimes she joins the futa (ex) lovers. The animation is pretty hot, and the models are superb! Everything is wholly consensual (unlike most sex-games on the market!) I thought the painted-on cum shots were pretty lame (as opposed to ones that are uh, “physics enabled”). Barring this letdown, I was thoroughly impressed by the sexual content!

The intro is rather long — it’s nearly two minutes. I think there ought to be a marker to distinguish the introduction from the start of the video. Perhaps it could be a different color from preexisting markers (which separate sex-scenes). I really want to see an option for “auto climaxing”. When I watch futas get fingered, I expect them to splooge on their own damn volition! It’s cool and all to have customizable colors, but I’d like to see color presets — I don’t like fiddling around with RGB sliders. I’m happy to see a “reset” button (because I was definitely gonna complain about not having one!)

When the main protagonists jerk off, there is no “fap sound” — but every other sexual scene is loaded with proper, sloppy sound effects! When maxed out, the music is problematic; it overpowers the characters’ voices. I missed-out on a few lines of dialogue and gobs of moaning until I turned the volume down. I think this game would benefit from adjustable voices. Many high budget visual novels offer players the ability to individually adjust characters’ volume. As Sensual Adventures – Episode 5 doesn’t offer traditional gameplay, I think it’s important to double-down on adjustable, user-preferences to convey “premium” to users. It doesn’t take long for the music to become tiresome — I would like to see more variety in future releases. 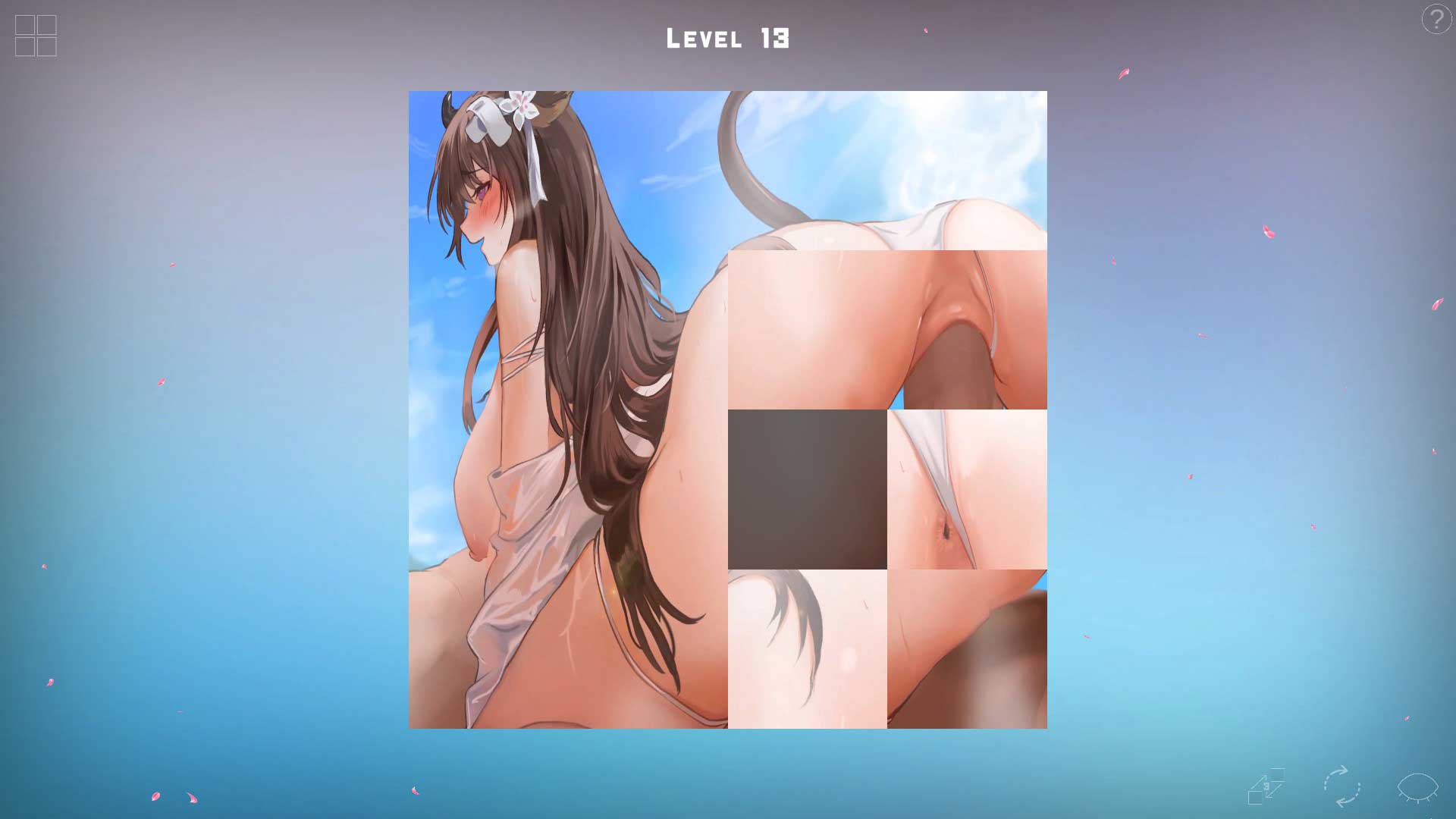 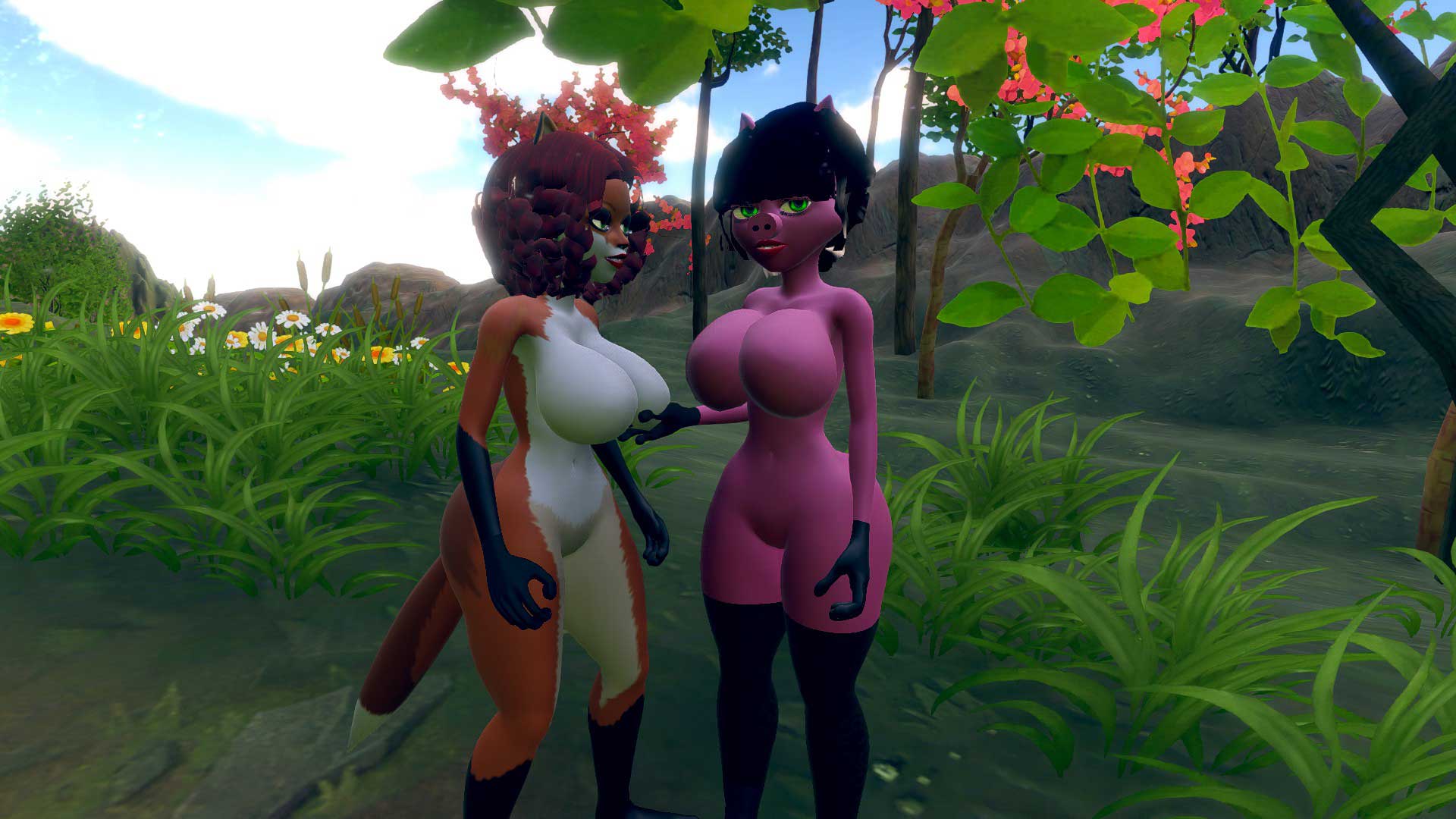