A Match with a Succubus Witch is a lewd match-three game with visual novel elements about “a guy” retelling an encounter with a succubus.

I received a free, early access copy of this game from the developer(s) for review purposes. My game may differ from the published product.

They wrote, “I wish you could analyze my game and help with testing before release if possible. I know there must be many other games for you to play, so I really appreciate it if you can take some time with mine. There are still some things to be implemented and some bugs to be fixed, but I think my little (and somewhat confusing) story is already relatively playable . . . Thanks in advance, this will be my last game here”.

The goal of the game is to accumulate points and unlock “levels” by matching rows or columns of three or more matching pieces before running out of time. Each time a level is collected during a match, the timer is reset. An assortment of “special gems” were mentioned in the “Tutorial”, but I didn’t see any in-game. I suspect they will be added before the game is released to the public.

Fortunately, running out of time is a non-issue — most of the game is watching new pieces fall into the playing area and automatically combo without your input. The game practically plays itself! When you do get to play, it’s not terribly engaging. There aren’t any special pieces or any obstacles. For example, a common obstacle in match-three games are immobile pieces, intended to constrict movement. But then again, the face paced nature of this game insures slow, methodical gameplay simply cannot exist.

Nudity is stingy and sexual content unsatisfying. A static image of the antagonist bobs up and down next to the playing area. In one round, she’s naked. Most lewd match-three games I’ve played offer a more dynamic stripping system, allowing players to see the fruits of their labor during gameplay. At the end of the game is what appears to be a heavily cropped image. Admittedly, appears to be of high quality, but it’s blurry. I dearly hope there will be more than one CG by the time the game is fully released.

The English isn’t great, but I prefer it over the leftover untranslated dialogue.

A Match with a Succubus Witch is “the story of a guy” retelling an encounter he had with succubus. He touches on many topics, such as magic, village relations, and how important milk is to the economy. None of this world building matters has any relevance to the plot, so it’s best to ignore it.

Perhaps his inner monologue was a misguided attempt at character building?

Eventually, the guy meets the antagonist, a big-breasted succubus. She puts his mind “into a strange state”, transitioning the visual novel storytelling into match-three gameplay.

I guess the match-three gameplay is just some sort of fever dream, not a magic duel?

After playing “match-three” with the succubus, she offers him a deal; if he can “pass the next tests [she’ll] spare [his] life and give [him] a reward with every victory.” If he refuses the deal, she’ll kill him.

I decided I would rather die, but then I learned you’re not allowed to say “no”. No matter what I choose, the dialogue will uncreatively loop until I choose the correct option. If Ero Team Triangle was my Dungeon Master, I would have left the table right away.

Upon reaching the titlescreen, I thought I was about to be blasted back into my childhood with a Lincoln Park verse; turns out, the titlescreen just has an overly dramatic track. I liked the music, but it was thematically disjointed. In the context of a fantasy story, it’d be more appropriate for a climatic exchange of dialogue. I would have appreciated the option to mute the song; it’s literally the only track from start to finish (it gets old).

The sound effects tied to matching gems were generic, but serviceable.

I did not like the user-interface. To start, there is no “Options” menu on the title screen. Audio may be completely muted from the main-menu or during a match, but for some reason the option isn’t available during visual novel sequences. Not that it really matters — if I really wanted to mute all audio from the application, I’d use the “mute” key on my keyboard. Players should be allowed to individually adjust music and sound effects.

I like how I can see the crop line of the succubus when the dialogue box was hidden.

I found no satisfaction in the visual effects. They felt really stock, like the sort of cheap effects to expect from someone’s first go at a video game. Or maybe from a Microsoft PowerPoint presentation from ten years ago!

I can’t complain too much right now, seeing how there is no formal release date for A Match with a Succubus Witch — but what an awful game. I was sent a copy of this game to “analyze”, but what am I supposed to talk about? It’s so incomplete, I feel like I’m actually being asked to design the game for Ero Team Triangle. Sorry team, but come back when you have something worthwhile to “analyze” (or bring some money next time).

For the love of god, please don’t have the application terminate upon tapping the “esc” key (or at least make it optional!) Most games in the USA utilize the “esc” key to pause the game, not close it. 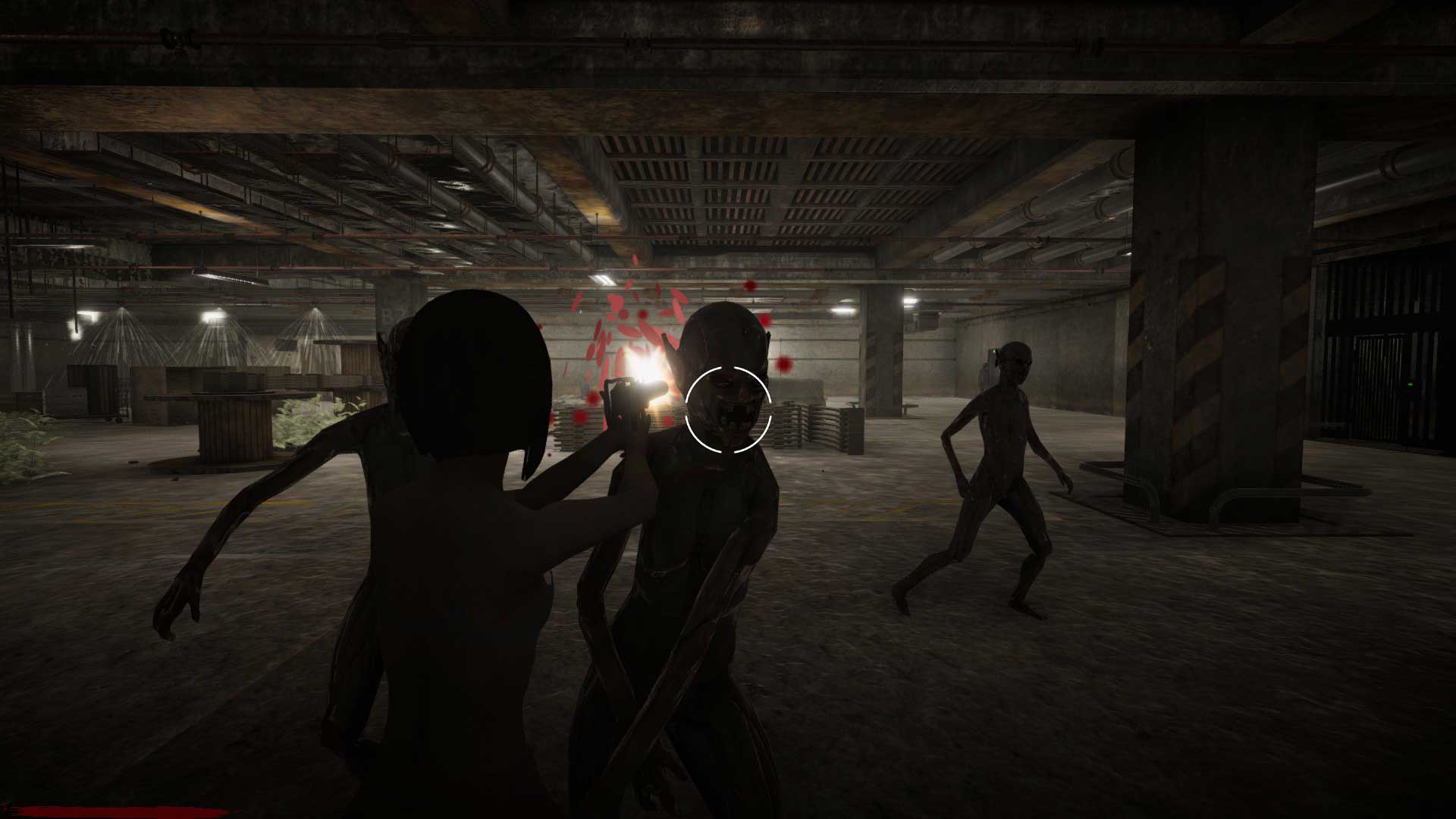 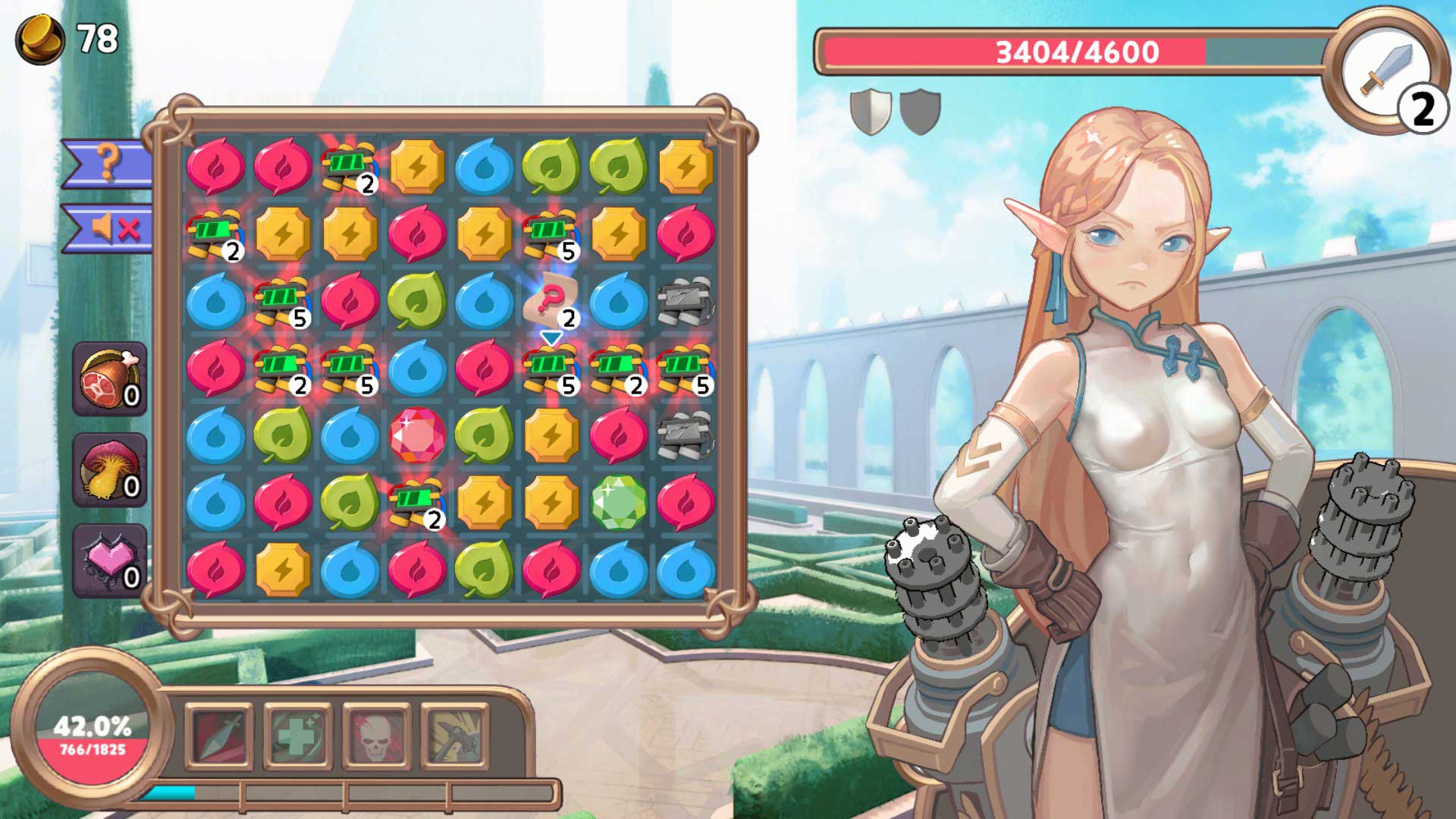 ISEKAI QUEST is a lewd match-three game about a man that finds himself in fantasy world (with a mission to build his harem!)