DancingReaper is a lewd action platformer about Lilith, an adventurer that must save the kingdom from the clutches of. . . well actually, I’m not so sure!

Complete quests and defeat bosses! As you complete quests, new areas will be unlocked, providing new quests, foes and “materials”. Materials can be combined to produce useful items (typically for recovering lost hit-points). If you’re defeated, you’ll have to restart from the beginning the stage. It’s important to maintain an excess of “heals” to prevent frustrating (and otherwise worthless) backtracking. There are only two stages worth redoing in the game; the first and last provide the best materials for healing items. Though it’s possible to purchase healing items, it’s better to invest into “Strengthenen [sic]”. The cost of upgrading your stats and learning new skills is debilitating — you need every advantage you can get! As enemies get spongier and bosses bigger, you’ll need a repertoire of attacks to take advantage of their hitboxes and attack patterns. All skill-based attacks consume “EP” (or what I presume to be “energy points”). If your EP is too low, enemies will knock you down (and rape you!) Pregnancies typically end with “Fresh Eggs”, healing items — but eventually, you’ll be able to give birth to one of two “elves”, temporary allies. Pregnancies cause a string of “aches”, forcing you to wait in place until the pain subsides. Thankfully, you’re immune to damage during aches, but standing in-place is a good way to fail platforming (or be surrounded). Not all eggs are created equal — you should be afraid of whatever comes out.

The pregnancy mechanic is genuinely interesting, but it needs improvement. Pregnancy is a chore. The benefits of pregnancy aren’t worth the frustration of “aches” and “labor”. There’s only one pregnancy animation, so it gets old. It’d be interesting if eggs hatched into useful ingredients — unfortunately, “Fresh Eggs” (or “Boiled Eggs” when cooked) are virtually worthless. They heal your HP and MP, but only by a miniscule amount. Considering how long it takes to lay an egg (and that pregnancy is not guaranteed), it’d be fair to provide a better reward. It’d be really interesting if different foes provided different eggs (with unique effects), encouraging players to experiment with sexual content or even “farm” certain enemies! While eggs can sometimes hatch into foes, they’re only a mild (and uninteresting) inconvenience. It’d be cool if you could hatch friendly versions of monsters — I somehow doubt a lone “slime” would break the balance. As most stages have explosives and traps, most friendlies would probably end up killing themselves anyways.

The main protagonist is “Lilith”, and she’s an “adventurer”. I couldn’t figure out what the “plot” is, but I think she is a mercenary for hire. Her last quest is to “rescue the king” — I didn’t realize the king was missing until the last quest! You’d think he’d be a bigger deal. . .

For the most part, DancingReaper‘s music is subpar. It’s thematically appropriate, but it didn’t entertain me; I wanted to mute it. Although. . . the boss music was actually kind of dope. Whenever it played, that’s when I put my head phones on. The final boss has a sweet jam, but you only get to hear it once per playthrough. I wish I could remember it! I found the voice acting to be grating — Lilith only has one “attack” sound and a few moans. As a game that can nearly ten hours to complete, there needs to be more audio variety.

The titlescreen looks alright. It’s nicely arranged, but the background is uninspired and the artwork reused. For some reason, the application defaults to a window-mode whenever you access this screen. You can only access the “System” menu in-game, where you may adjust audio, display and language preferences. You may borderless-fullscreen the application once you boot a save. Unfortunately, sound effects and music are tied to the same “volume” button — you can’t turn off one or the other without muting the whole game. When sexual animations are played, there is no way to get a closer view. Once you complete enough quests, you’ll gain access to the in-game “Art” building. Here, you may review animations. You don’t have to view or experience them to unlock them — as new areas are discovered, they are automatically unlocked. Unfortunately, animations don’t enjoy a dedicated interface — you’ll have to view them in-game by watching non-interactive “paintings”. The user-interface can’t be hidden at any point, and you can’t zoom-in. I thoroughly enjoyed the pixel-art. For the most part, the artwork meshed well; I didn’t see too many inconsistencies. Visual errors (such as seam lines or poor scaling) were few. Most of Lilith’s movements reveal her panties. It’s so unnecessary, but I love it!

I’m so glad this game is over. The awful controls forced me to play with a twisted claw on my keyboard. It made boss fights and platforming a grueling experience. Beyond the lack of key remapping, DancingReaper isn’t a terrible platformer. Mediocre, yes — but as long as you have the healing potions, it’s okay. I spent hours backtracking to grind for money and “materials”. By the end of the game, I ended up running past foes to skip to bosses. There’s no good reason to fight and risk taking damage (unless you’re completing a quest or farming for potions). Boss fights start disinteresting, but they become more difficult towards the end of the game. Once again, poor controls will likely sabotage your efforts against the hardest enemies. There are a wide variety of sexual animations, but rape is a nuisance in this game. It offers little benefit, and if you die you’ll have to backtrack. Also, the content is censored with ugly black bars. Barring a handful of sound tracks, DancingReaper is difficult to listen to. The music is grating, and Lilith only knows how to make a few sounds. DancingReaper has the capacity to be an interesting sidescroller, but as-is it’s grindy and frustrating game in need of updates. Until WOD implements remappable keys, you shouldn’t buy this game, regardless of sale. 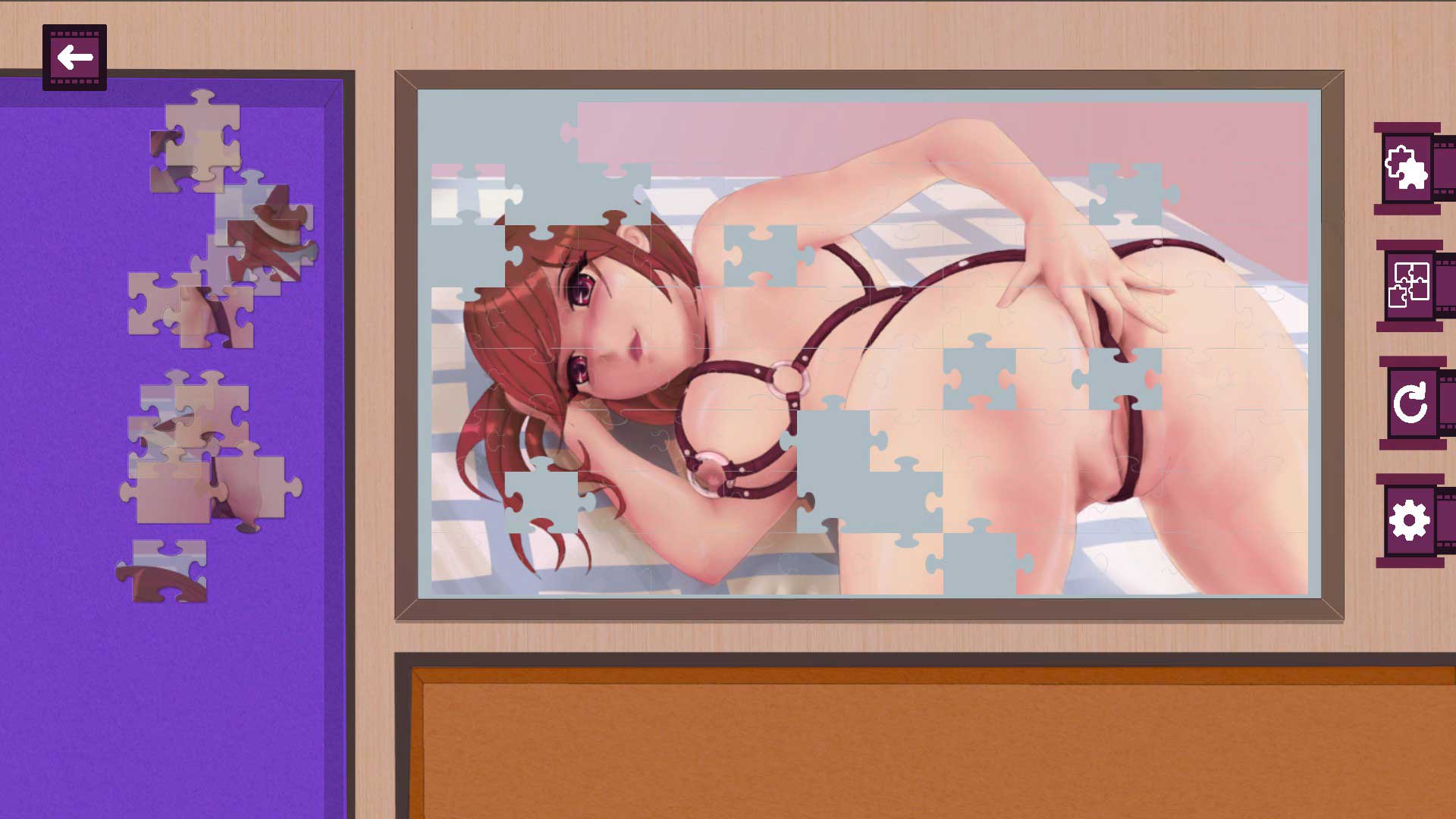 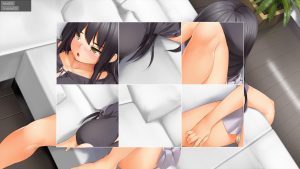 Puzzle Girls: Samantha is a lewd swippy-swappy game about Samantha and her day-to-day life. 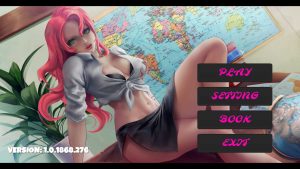 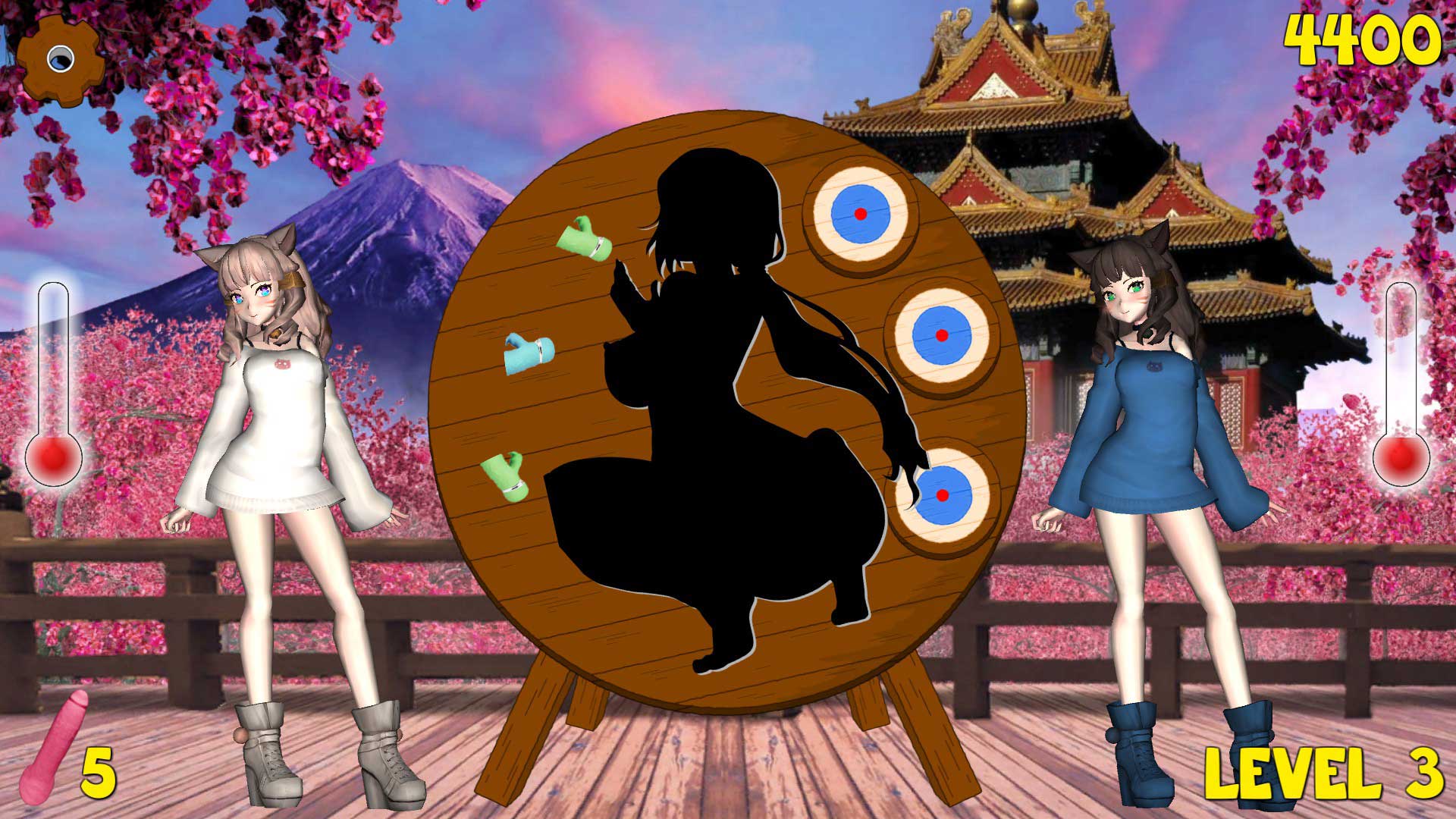