I received a free copy of this game from the developer — apparently, it’s their first NSFW RPGMaker game. I saw Succubus Hotel a few days before it released, and I wanted to get my hands on it. I was pleasantly surprised to see a copy waiting for me on release day, so I got cracking on a review!

Manage a variety of essential stats and money to ultimately pay off a debt. Each day is separated into two shifts, day and night. The Corina character is available for the day, and Carmilla for the night shifts. Corina is able to generate income via a kitchen and serving guests (in more ways than one, if you know what I mean.) Carmilla’s night shifts work much like standard RPG (with turn-based combat and item management.) However, she too can serve individuals to help pay the debt. At the start of the game, you must choose one or more “pacts” — pacts impose rules that must be met (or else it’ll be game-over). Pacts serve one purpose only, and that’s to make your life harder (in all the wrong ways!)

Corina is a stray neko girl, and she is taken in under Carmilla’s (literal) wings, a succubus. She owns the Devil’s Den, a hotel dedicated to providing escort services with inhuman creatures. She needs a new maid and right-hand ma’am, and Corina’s just the gal for the job. However, the two women find themselves in bigger trouble than they anticipated — Carmilla’s gambling problem has put her in debt, and she has but a month to pay her tab (or lose everything, including her freewill).

Exiled from her village, a neko girl named Corina wanders the Dark Night Forest. The Forest serves as refuge for her kind, or for the less fortunate, they are turned into fucking doll sluts. She is pursuing a recent job opening in the Devil’s Den, located in the village of Deadwood. She is ambushed by a succubus named Carmilla. She’s interested in sucking out Corina’s bitch soul, though their bickering is short lived. They are ambushed by the Demon of Wrath and his lackeys.

The neko and succubus put aside their differences, and they defeat their adversaries.

Grateful for Carmilla’s help, Corina offers herself to the succubus. She declines (for now) and teleports away. When Corina arrives at Deadwood, she is greeted by the mayor himself, Mister Williams. He implores her not to apply for the Devil’s Den, citing his distrust for their services. Ignoring his warning, Corina continues to the Devil’s Den. Inside, she finds Carmilla, apparently in debt to a certain Beezlebuth for twenty-four Imprisoned Souls. Corina soon learns that Carmilla is the owner of the Devil’s Den, and a poker game has put that ownership in jeopardy. She’s got thirty-days to pay the piper.

— it’s that or suck weenies for the rest of her immortal life as Beezlebuth’s bitch.

After choosing your choice of Pacts, the game starts (for realsies).

Corina’s first order of business is to hire a chef, Lorelay. As she whips up her first night’s meal, Corina encounters a friendly Minotaur named Brian. He shows Corina his “secret cleaning technique”, rubbing his throbbing wiener against her bottom as she dusts his room. Later that day, Corina confides to Carmilla, asking if she’ll ever be as seductive as her mistress. She comforts Corina, letting her know that she intends on turning her into her very own best little slut. At nightfall, Carina leaves her neko to rest in her bed.

Fighting her way through the Lustful Tower, Carmilla attacks a fallen guard.

And by attack I mean she mounts his meat stick and sucks away a Fragment of Desire. The next day, she encounters Melody, the Time Traveling Mercenary hiding on the sixth floor. She’s been tasked with destroying the spirits at the top floor, but she found herself overwhelmed. Until she can defeat the spirits, she’s stuck in Carmilla’s time. Melody needs someone who knows how to use light or healing magic to join her mission. Figuring that Corina might know a thing or two about Melody’s needs, Carmilla sends her to the Devil’s Den.

Unfortunately for Melody, her story arc practically ends as soon as it starts — forget about her.

Over the next few days, Corina continues to service Brian, and Carmilla collects Fragments and money from the Lustful tower. With their newfound wealth they upgrade the cooking facilities, even hiring a cleaner and a gardener to help out. Corina and Melody meet up, and she explains that she’s from two-thousand years into the future and she needs her help. She needs Corina to bring her an Aloys Soul, a necklace that defends the wearer from evil spirits.

Getting her hands on said necklace is going to cost Corina a lil’ bit of neko sucky-sucky with one of her guests, Alice.

Corina reads to Alice (which of course leads to wholesome lesbian sex). Their relationship quickly blossoms, and it doesn’t take long for Alice to cough up her Aloys Soul. On that same night, Carmilla visits the local brothel and reconnects with an old friend, Ruby. Ruby offers her a job at her brothel, using her as a submissive show piece. For her (humiliating) efforts, Carmilla collects another Fragment.

With the necklace in hand, Corina accepts Melody’s mission.

She brings back a collection of rare stones and Melody grants her a few meager rewards — hardly worth the effort. Days pass, and eventually Carmilla grows weary of fighting. She decides to pursue the Liber Imperium, magic book that is fabled to exist at the top of the Lustful Tower. Instead of finding the book, she finds herself abducted by a pack of mages. They take her to their leader, none other than Mister Mayor Williams!

Plot twist! I bet you weren’t expecting that (because I sure wasn’t!)

Mister Williams is in possessive of the Imperium. He plans on using it to place Deadwood under his iron hand, and to smite Carmilla and her allies. He reveals to her his final form, and holds her captive. When Corina wakes, she eventually figures out that her mistress is nowhere to be found. She climbs the Lustful Tower to search for her mistress. It doesn’t take her long to finds Williams’ secret hideout, and he reveals his machinations to the feckless neko.

As it turns out, he was the one that got Corina exiled from her village in the first place!

He spouts his evil exposition as he tentacle rapes Corina’s mistress. He demands that Corina cough up their hard-earned Imprisoned Souls — Corina refuses, and a battle ensues. Corina dies in the first turn, but Carmilla presses on and defeats the wicked William on her own. He concedes defeat (for now), allowing the ladies to keep their hard-earned Souls — and then the game-over screen shows up.

I guess you have to give William the Souls. That’s pretty lame.

So what Corina actually does is relinquish the Souls, and William lets them go scot-free (for now). When they leave the Tower, Carmilla reveals that she stole the Imperium from him during the whole fiasco. They stay at home over the next few weeks, entering cooking competitions for steady income — Frankly, I got tired of grinding for money and sex-scenes, so I decided to let RNG decide the fate of the two heroines. Winning the competitions is decided by random, though I was doubtful that I’d make enough money to purchase a sufficient number of Fragments.

Well my plan would have sort of worked. . .

Except that I didn’t bother to create any Souls using the Fragments. On the thirty-first, Beezlebuth returned as promised. He offers a discount on Carmilla’s debt in exchange for the souls of her cook and extra maid. With his generosity, Corina and Carmilla had seven (out of twenty-four) Souls to show for themselves. Displeased with them, he promptly sells them to Mister Williams, whom takes on his final form before taking the two to his lair.

And that’s how Succubus Hotel ended for me — with the damnation of Deadwood, and two lifetimes of tentacle rape.

I’m actually super impressed by the titlescreen. I didn’t know RPGMaker was capable of such a screen! The animation and user-interface is a delight. From “Options” you can adjust audio, control, display and gameplay preferences. Unfortunately, the English leavings a lot to be desired. Maybe five minutes through I saw multiple spelling errors — last I checked, I’m pretty sure the word “roof” isn’t spelled “routh”. A gallery can be accessed in-game the moment you gain access to Carmilla’s basement.

There are fourteen sex-scenes to see, each based on one or two base CGs with multiple variations (showing climax or progression). The sex-scenes were kind of hot, strongly focused on domination and submission (or in some cases, outright tentacle rape.) The artwork isn’t the best, it’s no premo-hentai, but it’s serviceable. Both main protagonists have equal numbers of sex-scenes to show for themselves. Corina’s are focused on submission, and Carmilla’s domination — although, Carmilla doesn’t always get her way.

I’d wait for a light sale, or a few updates. Succubus Hotel was a boring trudge with reasonably spicy sex-scenes. I was bored out of my mind about four hours through, and I lost a lot of motivation to continue writing. I played the game on the hardest difficulty, and it didn’t seem to make much of a difference (though I did game-over on accident a few times). I think Succubus Hotel has you covered for a day of grinding and management, but it’s quite rough around the edges. With a little bit of polish, I think this game could be pretty alright!

Wombat Woe — Bug Report
After receiving the “holy Dagger” in the first “Hell Level”, it appears to be renamed as the “Vine Whip” when entering Carmilla’s inventory.

Wombat Woe — Bug Report
“Rare Potions” can’t be sold to the vendor in Deadwood. Funny thing is, I probably would have got the “good ending” if I could have sold them. 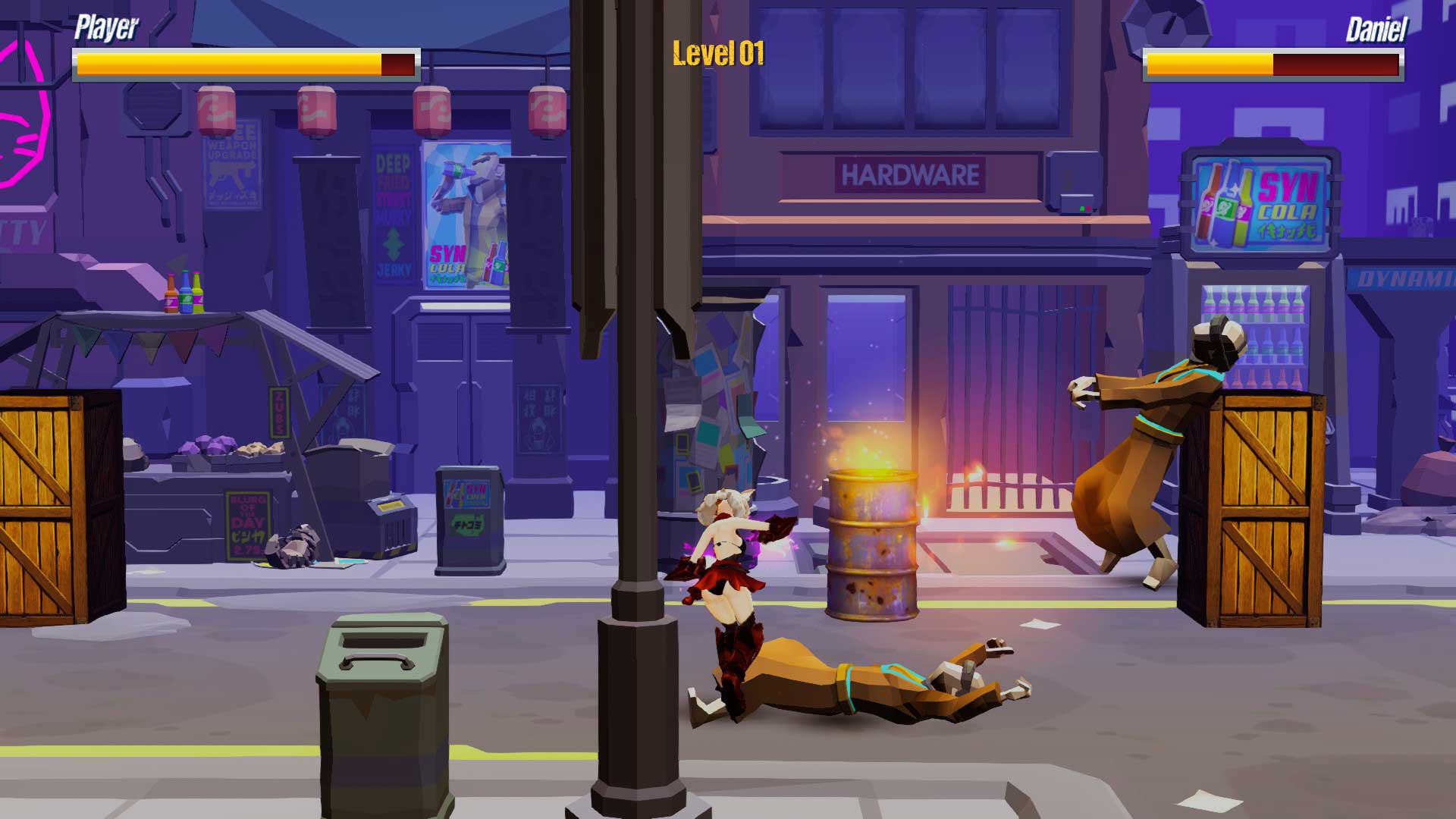 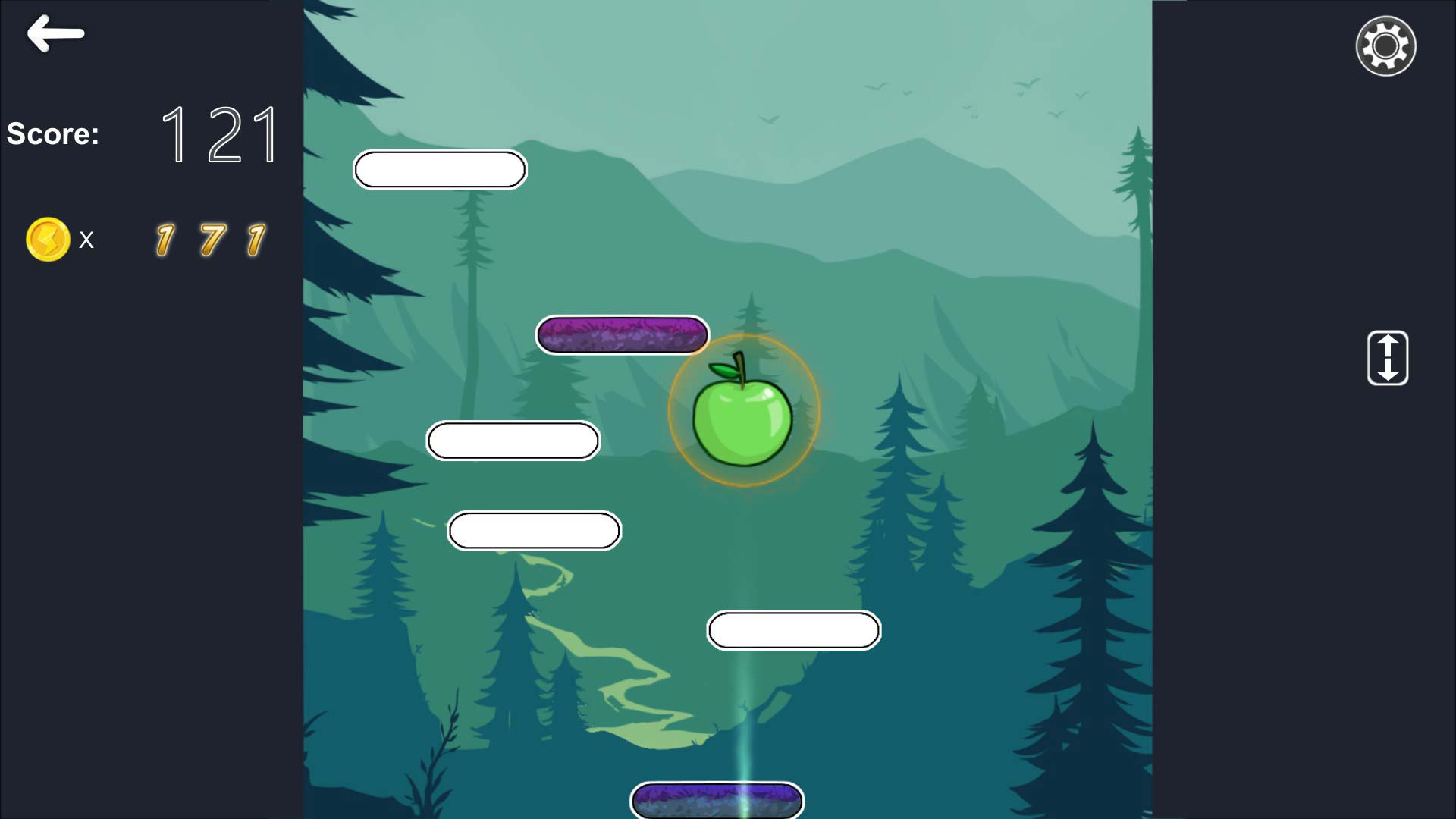 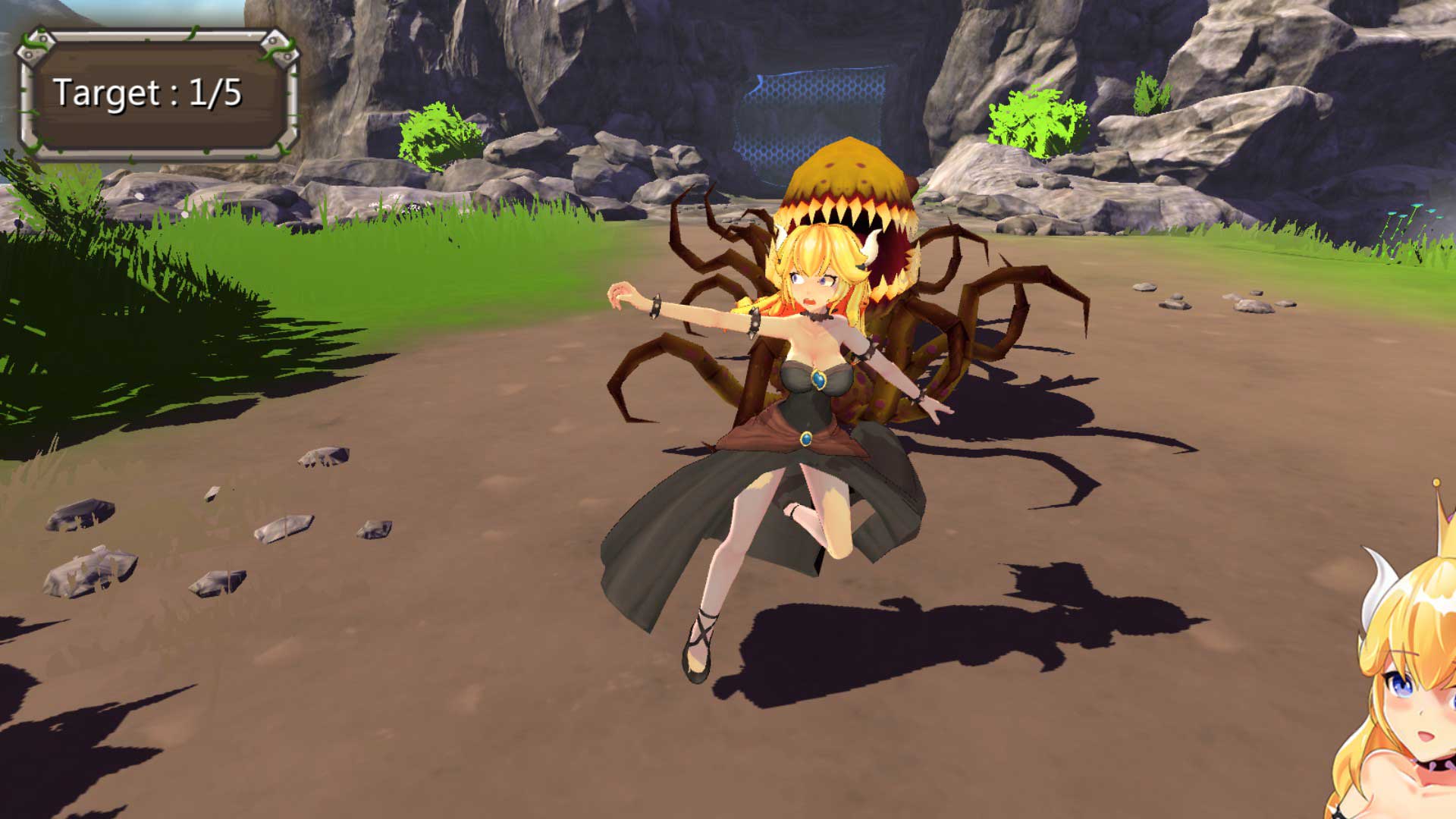 Bowsette is a lewd beat-’em-up with Bowsette as the main character because uh. . . she’s hot I guess? 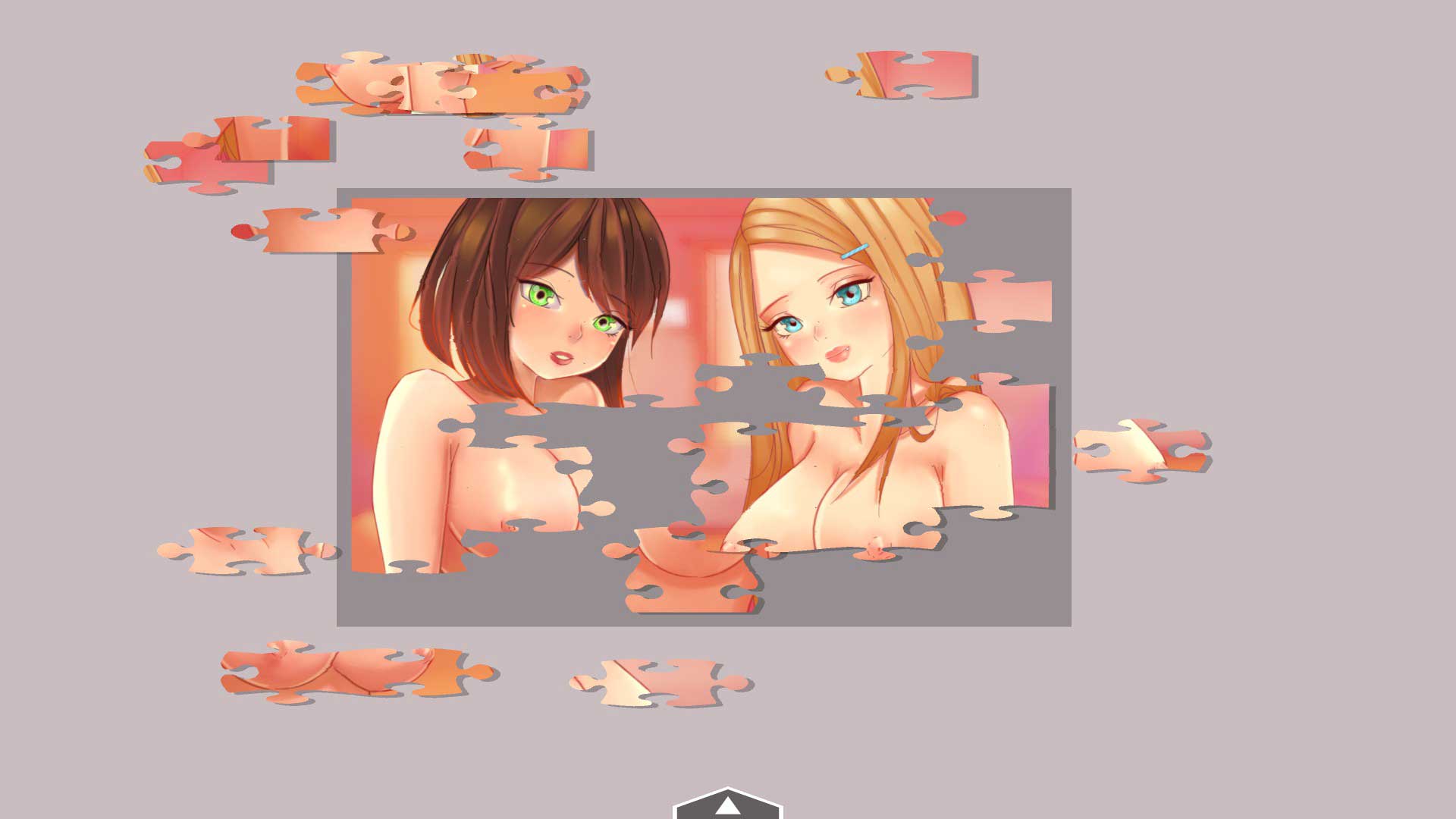